Kids Are Unhappy With Their Bodies as Young as Age 8

Boys and girls as young as age eight can experience dissatisfaction with their bodies that can predict their risk for eating disorders later in life.

A new U.K. study published in The British Journal of Psychiatry followed about 6,000 children until they were 14 years old and discovered a pattern of poor body image at a young age and eating disorder behaviors later on. The researchers found that at age eight, 5% of girls and 3% of boys were unhappy with their bodies. When the children reached age 14, 39% of the girls said they had dieted in the last year and 8% said they had binged. Among boys, 12% had dieted in the last year and 3.5% had binged.

“We were surprised about how body dissatisfaction at that young age tracked into eating disorder behaviors at 14 years,” says lead study author Nadia Micali, a senior lecturer and honorary consultant psychiatrist at the University College London Institute of Child Health.

Other factors seemed to influence a child’s body image and eating patterns; the study shows that nearly a fifth of girls reported feeling “quite a lot” or “a lot” of pressure from the media to lose weight. A mother’s history of anorexia, bulimia or both was also predictive of high levels of body dissatisfaction among girls and dieting behaviors among boys. The researchers also found that the among boys, high levels of body dissatisfaction and high BMI were linked to a higher prevalence of eating disorder thoughts and behaviors.

The researchers say the findings speak to a need for interventions early in life. High self-esteem was linked to lower levels of eating disorder behaviors, and the effect was stronger among boys. The researchers write that their findings suggest that some children might be more vulnerable to feeling pressure from media, family and peers than others.

Intervention won’t look the same for all children, Micali says. “The findings suggest that a blanket approach focusing on all adolescents or children might not be best, and that targeted prevention that focused on boys who are overweight/obese rather than all boys might be more useful,” says Micali. “I think that it is important that we adapt our interventions for younger children appropriately, as there is some evidence that for example ‘healthy eating’ classes that are not designed for younger children might be harmful, especially for those who do not have the cognitive ability to adequately process the information.”

More research is needed to understand the best approach. According to the National Institutes of Health (NIH), research is continuing to discover that eating disorders are highly complicated and can be caused by an interaction of genetic, biological, psychological and social factors. 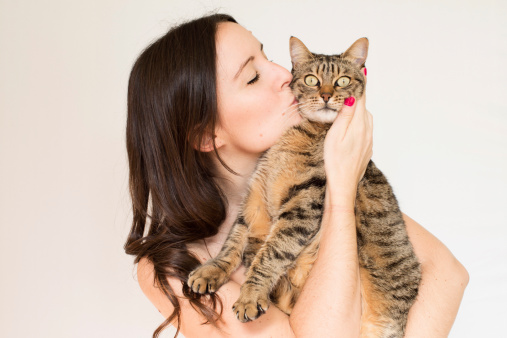 The Best Pets For Your Health
Next Up: Editor's Pick