A friend of Sandra Bland discovered a voicemail from the woman who died in police custody days after he learned of her death.

LaVaughn Mosley says he hadn’t noticed the message and two missed calls Bland had placed from jail. In the recording, Bland says, “Hey, this is me. I’m, um—I just was able to see the judge. I don’t really know. They got me held at a $5,000 bond. I’m, I’m still just at a loss for words, honestly, about this whole process. How this switching lanes with no signal turned into all of this, I don’t know. Um, but I’m still here, so I guess call me back when you can. Bye.”

Mosley had last seen Bland about a week before listening to the voicemail, according to the L.A. Times, on the day that she successfully interviewed for a new job at her alma mater, Prairie View A&M University, in Texas.

Not long after that, Bland was pulled over during a traffic stop for not signaling before changing lanes. She and the Texas State Trooper, Brian Encinia, argued; after he asked her to exit her vehicle, he says she assaulted him. Encinia arrested Bland for assault of a public servant. She can be heard in a video recording of the arrest saying that he slammed her head into the ground. Three days later, she was found dead in her jail cell, having apparently hanged herself with a plastic bag.

Bland had apparently filled out forms while in police custody indicating that she had attempted suicide within the last year, but her family believes her death was not a suicide, and their lawyer says there is “no evidence” that she had made a previous attempt.

A prosecutor announced Thursday that the preliminary autopsy found no evidence to indicate that her death was a homicide, noting that her only defensive wounds were handcuff marks around her wrists, consistent with what she would have sustained during her original arrest. Investigators did not find damage to her trachea or esophagus, which could have indicated foul play.

Bland’s friend Mosley described finding the recording as “haunting and chilling,” adding, “I just had to relive everything that had happened, and to hear her voice after I knew she was gone. Part of it was the guilt because I hadn’t listened to it.”

Read next: Sandra Bland’s Voicemail from Prison: ‘I’m Still Just at a Loss’ 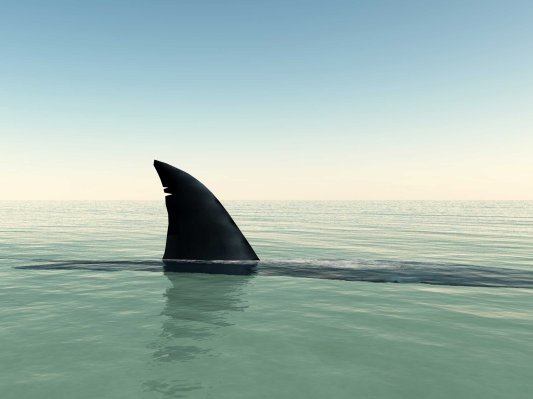 Sharks Spotted Off New York Beaches
Next Up: Editor's Pick