Angelina Jolie pauses as she delivers a speech during a visit to a camp for displaced Iraqis in Khanke, a few kilometers from the Turkish border in Iraq's Dohuk province on Jan. 25, 2015.
Safin Hamed—AFP/Getty Images
By Gregg Kilday / The Hollywood Reporter

Angelina Jolie Pitt is directing a Cambodia-set drama as a Netflix original movie.

The actress and Unbroken helmer is set to adapt Loung Ung’s memoir First They Killed My Father: A Daughter of Cambodia Remembers for the streaming service, Netflix said on Thursday.

Ung, a Cambodian author and human rights activist, writes about surviving the Khmer Rouge regime in her memoir. Jolie Pitt has co-written the screen adaptation with Ung and will produce as well as direct. Rithy Panh, director of the Oscar-nominated best foreign language film The Missing Picture, will also serve as a producer.

Netflix, which said it will submit the film available to major film festivals, plans to make it available to its subscribers in the fall of 2016.

Jolie Pitt, who is currently completing By the Sea, the marital drama she has directed that will be released by Universal in November, plans to begin production later this year in Cambodia on Father. She is postponing filming on Africa, her planned drama for Paramount and Skydance about Dr. Richard Leaky’s battle against the illegal wildlife trade, but she said, in announcing Father, that she remains committed to Africa, which needed more time for script work and production planning.

Ung’s memoir, which was first published in 2000, recounts how the Khmer Rouge took power in Cambodia when she was five years old and how she was trained as a child soldier in a work camp for orphans while her six siblings were sent to labor camps.

Jolie Pitt read the book, contacted Ung more than a decade ago and became best friends, adapting the book into a screenplay.

“I was deeply affected by Loung’s book,” Jolie Pitt commented. “It deeped forever my understanding of how children experience war and are affected by the emotional memory of it. And it helped me draw closer still to the people of Cambodia, my son’s homeland. It is a dream to be able to adapt this book for the screen, and I’m honored to work alongside Loung and filmmaker Rithy Panh.” Jolie Pitt’s Cambodian-born son, Maddox, will also be involved in the production of the film.

Jolie Pitt said she decided to partner with Netflix because of the streaming service’s global reach. “Films like this are hard to watch but important to see,” she said. “They are also hard to get made. Netflix is making this possible, and I am looking forward to working with them and excited that the film will reach so many people.” The film will be released in both Khmer and English.

“We are proud to be with with Angelina Jolie in brining this emotionally powerful and ultimately uplifting story exclusively to Netflix members around the world,” Netflix chief content officer Ted Sarandos commented. “Loung Ung’s incredible journety is a testament to the human spirit and its ability to transcend even the toughest circumstances.”

Ung is currently writing her first novel and is a co-owner of Market Garden Brewery in Cleveland, Ohio. Since 1995, she has made more than 30 trips back to Cambodia, helping her native land recover from the traumas of war. Her other works include Lucky Child and Lulu in the Sky. She was also a contributing writer on the 2013 film Girl Rising, which told the stories of different girls from different parts of the world.

“Angelina and I met in 2001 in Cambodia, and immediately, I trusted Angelina’s heart,” commented Ung. “Through the years, we have become close friends, and my admiration for Angelina as a woman, a mother, a filmmaker and a humanitarian has only grown. It is with great honor that I entrust my family’s story to Angelina to adapt into a film.”

Jolie Pitt is repped by UTA and Media Talent Group. 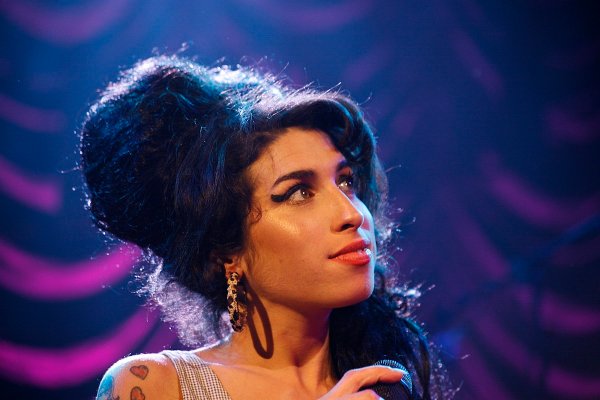 Amy Winehouse Film Becoming One of the Biggest Docs in Years
Next Up: Editor's Pick