A mother-daughter team is fighting a battle that should inspire bands of ruler-wielding teachers to join them in the fray—and will lead others to accuse them of being out of touch with the modern student. Linda Shrewsbury and Prisca LeCroy want America’s future generations to learn cursive, and they’ve just finished publishing their first book on the subject, which Kickstarters gave them over $33,000 to design and produce.

It’s easy to make the argument that class time would be better spent teaching kids to type 80 words-per-minute (or to code for that matter). In this digital age, isn’t giving cursive pride of place in the curriculum the didactic equivalent of teaching teens to ride horses instead of drive cars? After all, the Common Core standards being adopted by states around the country don’t waste any space on laying out penmanship goals.

The ladies have plenty of retorts to this line of thinking. Chief among their scientific missiles are studies that show cursive fires up areas of the brain that tracing, typing or even printing letters does not. “They’re doing some studies that seem to suggest there’s something special about cursive,” says 34-year-old LeCroy, who was home-schooled by Shrewsbury before becoming an attorney and is now a full-time stay-at-home mom in Dallas.

Teaching kids old-fashioned penmanship, proponents like her argue, helps refine their fine motor skills and their visual cognition, while beefing up the lobes known to underline successful reading. One study found that students who handwrote rather than typed on writing assignments tended to write more and come up with more ideas.

Then there is the cultural ammunition. Only kids who can read cursive will make a jot of sense out of the original copy of the Constitution on display at the National Archives in Washington, D.C.—where the two of them recently gave a presentation on this very topic. “Do we want them to actually have the capacity to be historians?” says LeCroy. “Or do we want them to be lemmings?” For Shrewsbury, cursive is a proud old vehicle for fostering artistry and individuality in people, as well as a line the ties us to the past.

“My strongest feeling about cursive is the idea you can capture individuality and personality in a signature and have it be preserved for generations,” says Shrewsbury, a 63-year-old who has taught government to students in Tulsa and English to students in Africa. “I think about the fact that I know the handwriting of members of my family. The idea of throwing away a tradition that powerful and simple makes no senses to me.”

Shrewsbury got started on this mission while volunteering to tutor a 23-year-old student named Josh in a local literacy program. He had learning difficulties, but as they bonded over improving his reading skills, he confessed to her that he had never learned cursive and wanted to be able to sign his name. While it might not make a difference in a legal sense whether one prints or loops their autograph on a contract, to him there was a sense of dignity that he was missing (and, it’s worth noting, printed signatures are easier to forge). So Shrewbury tried to figure out a simple way to teach him the letters and noticed patterns in how the letters are formed—four patterns to be exact: an oval, a loop, a swing and a mound.

These, for instance, are letters that are all formed using a move they call “over oval, back trace.” If you trace the movements, you’ll see what they mean:

Using these insights, Shrewsbury says she was able to get Josh writing in cursive in about 45 minutes. “I hear all around me that cursive takes too long to teach and is too hard to learn,” she says.

Unfortunately, TIME cannot reveal all their secrets because rather than tackle this issue through lawmaking—as many would-be saviors of cursive have—these ladies are trying to win the battle through business. The book on their method is called CursiveLogic, and in Shrewsbury’s dreams, these guides will sell like such hotcakes that she can eventually use the proceeds to start local education programs in Tulsa for African-American boys and men who, like Josh, “have fallen through the cracks” of the educational system.

The ladies aren’t arguing that teaching kids cursive should displace typing classes, but not be lost in the dust of progress. LeCroy says that with even the suggestion that it might have benefits—in an era when we’re making more things with pixels and fewer with our hands—cursive is a craft worth preserving. “Wouldn’t it be bad if a generation if kids didn’t learn it?” she says. “Why would we want to strip away that little bit of creativity?” 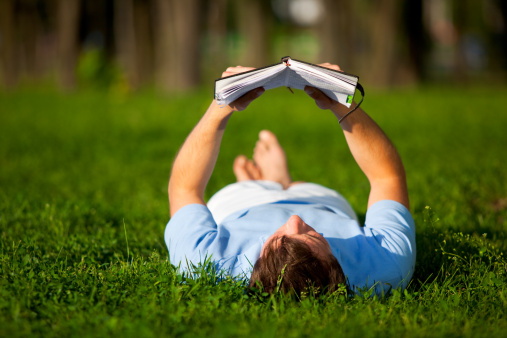 5 Tips for Completing AP Summer Homework
Next Up: Editor's Pick