This Is the Top Predictor of Success in Life

Increase self control to increase success

Self control predicts success even better than IQ.

From Charles Duhigg’s excellent book The Power of Habit: Why We Do What We Do in Life and Business:

Conscientiousness is the fundmental personality trait most closely tied to self control and it tracks with nearly every type of success across your lifespan.

“…the personality traits Conscientiousness and Neuroticism have a strong impact on the instantaneous probability of finding a job, where the former has a positive effect and the latter has a negative effect.”

“…our findings suggest that conscientiousness is the trait most broadly associated with marital satisfaction in this sample of long-wed couples.”

And let’s not forget good grades and staying out of jail.

So maybe you’re not the most conscientious person. Maybe you can be impulsive and often lack self-control. Me too.

This does not mean either of us should be shopping for a cardboard box on skid row.

Unlike IQ, self-control can easily be increased. Here’s how.

How to increase self-control

“…the very true beginning of wisdom is the desire of discipline…” — Wisdom of Solomon 6:17

I interviewed Roy Baumeister, the leading expert on self-control and author of Willpower: Resdiscovering the Greatest Human Strength to learn about how it works.

Willpower is like energy — using it burns it up, and you have to replenish it. Anything that involves self-control draws on that one willpower fuel source: so dieting takes energy away from your ability to hold your tongue in a conversation — and vice versa.

(SNEAKY TIP: Want to persuade someone? Offer them something tempting they’ll say no to. Resisting urges uses up willpower, leaving less for them to fight persuasion with.)

Like a muscle, exerting willpower makes your self-control ability stronger over time.

I’ve posted many scientifically supported willpower tips over the years but I’m just going to focus on my favorite ones here.

1) Use willpower to build willpower.

Just a little bit of practice every day can increase self-control and improving self-control in one area of life tends to improve all areas of life.

When something is a habit and you don’t have to make decisions or even think about it, it doesn’t use much willpower.

The more you can make something habitual, the less self-control you burn.

And you can further improve your self-control by planning.

Decide ahead of time how you will respond when willpower is taxed and you’ll be much more likely to default to that. Without a clear plan in your head you’re more likely to succumb.

Daniel Akst, author of We Have Met the Enemy: Self-Control in an Age of Excess, explains how we can use “precommitment devices” to rein in desire:

So give a friend $500 and tell them to keep it if you don’t follow through with your goals.

Need more willpower for the day? Simply making decisions burns willpower so reducing the number and difficulty of decisions you make is an easy way to conserve it. That’s what President Obama does.

In fact, kids who skip breakfast misbehave more than kids who eat their Wheaties. Give them a snack and they’re little angels again.

You’re not a machine. And the goal here isn’t to turn you into one.

There is a powerful human element underlying self-control that should not be ignored.

Join over 190,000 readers. Get a free weekly update via email here.

Read next: This Is Warren Buffett’s Best Investment Advice 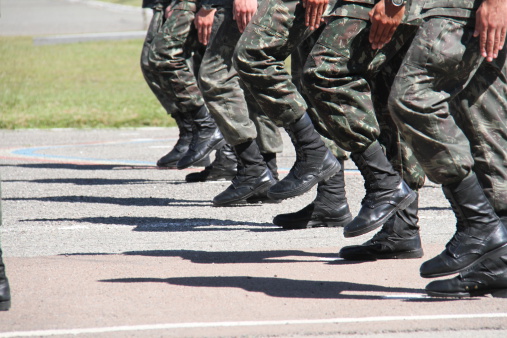 What the Jade Helm 15 Conspiracy Theory Reveals About Americans
Next Up: Editor's Pick