E-Cigarettes May Be Just As Addictive As Cigarettes

The basis of the pro-vaping argument has been that e-cigarettes don’t contain the harmful chemicals in and byproducts of tobacco cigarettes. There’s nicotine, to be sure, but not all nicotine is the same. Vaping proponents have said that the type found in cigarettes is a highly addictive form, and the type of nicotine in e-cigarettes is less addicting.

“This perception [of e-cigs being safer] stems from the fact that e-cigs are electrically powered devices that heat and vaporize a nicotine-containing flavored liquid to produce an inhalable aerosol, without involving combustion and presumably much of the exposure to combustion-related toxicants,” such as carbon monoxide and nitric oxide, the authors wrote.

But a new study, published in the American Chemical Society’s Chemical Research in Toxicology, indicates that nine out of 17 common, commercially available e-cigarettes contained the most addictive kind of nicotine.

Critics have long held that e-cigs contain ingredients that make them essentially a cigarette in terms of addictive power. There is also evidence that e-cigs may not be an effective means to quitting (some research shows that 75% of Americans who vape also smoke). 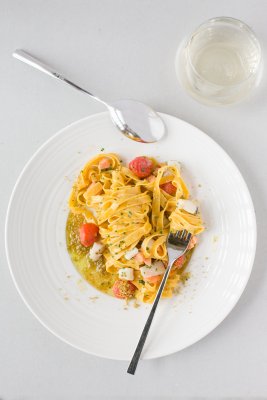 Scientists Developing Pill for Celiac Disease
Next Up: Editor's Pick