See Jimmy Fallon's Surprise Performance With Bono at U2 Concert

U2 brought down the house during their Madison Square Garden performance Wednesday night, with surprise guests Jimmy Fallon and The Roots.

Fallon was in the audience during the concert, with a sign in front of his face that said “Singer with a broken finger.”

U2 frontman Bono invited The Tonight Show host on stage, and Fallon quipped, “I’m afraid of Irish men that fall down and injure themselves,” referencing Bono’s 2014 biking injury that led U2 to cancel a week-long Tonight Show residency.

Fallon joined the band in a rendition of “Desire,” eliciting cheers for his impression of Bono while singing. “It’s not easy being Bono,” he joked.

The song was soon followed by a surprise appearance by hip hop group The Roots — Fallon’s band on The Tonight Show — who joined U2 for a performance of “Angel of Harlem.”

Bono also gave shoutouts to celebs in the audience, including Paul McCartney, Christy Turlington, and Angelique Kidjo, among others. Highlights from the set included “Where the Streets Have No Name,” “Beautiful Day” and “Bullet the Blue Sky.” The band closed the show with a rendition of “One.”

Check out photos and video from the show below:

Angel of Harlem with @questlove and @theroots. @U2 #MSG3 pic.twitter.com/YDQBAYg9H0

This article originially appeared on EW.com 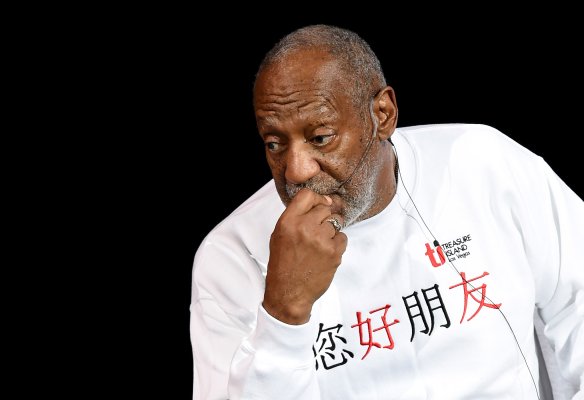 Bill Cosby Forced to Testify on Sexual Assault
Next Up: Editor's Pick