The On-demand Economy Takes Workers for a Ride

Taxi drivers have long protested Uber; now some of the startup’s drivers are joining the fight.
Stephen Lam—Reuters
By Katy Steinmetz

On a recent morning in San Francisco, a tattooed Uber driver named Jay Salazar found himself at the wheel of his Toyota Corolla with Jeb Bush riding shotgun. The unlikely pairing was an app-fated accident, but the circumstances were by design. Courting the deep pockets of Silicon Valley, the GOP presidential candidate praised fast-growing companies like Uber as engines of economic opportunity and made a well-publicized point of using the service to get around the Bay Area.

Not everyone shares Bush’s enthusiasm. In a July 13 speech on her economic agenda, Hillary Clinton said Uber and other companies fueling the multibillion-dollar on-demand economy are raising “hard questions about workplace protections and what a good job will look like in the future.”

That Uber has become a point of contention in the 2016 presidential race says a lot about our rapidly changing economy. In six years, Uber has grown into a global company valued at over $40 billion–more than General Mills or American Airlines. Hundreds of thousands of new drivers sign on every month. This runaway success has inspired similar on-demand startups promising to deliver nearly anything–groceries, flowers, handymen–with the touch of a screen. But the people driving you home and cleaning your house and bringing your packages are rarely full-time employees. Instead, they are usually classified as independent contractors, which entitles them to greater flexibility but far fewer protections and benefits.

That’s the rub. Some look at these companies and see innovative opportunities for people to be their own boss. Others believe the firms misclassify workers to skirt costly legal obligations that have been in place since the New Deal. The debate is playing out on the campaign trail and in the chambers of the U.S. District Court for the Northern District of California, where multiple lawsuits are challenging the legal status of workers in the on-demand economy. How these cases are decided will affect the fortunes of some of the most valuable young businesses in the world–and the increasing number of Americans who work for them.

Does this new technology equal freedom for workers, or does it rip them off? For that matter, can workers stem the tide of change through lawsuits and political action? The on-demand revolution, sometimes called the sharing economy, is rapidly altering a basic arrangement of American business, in which employers offer pay and benefits in exchange for control of the workplace. Suddenly, legions of workers have been transformed–willingly or not–into independent contractors, who forgo most protections and a guaranteed wage but can’t be told what hours to work or what to wear or even how to do their jobs. That freedom is what attracts many people to the on-demand economy. “It’s literally the easiest job I’ve ever done for the most amount of money,” says Christopher Gutierrez, who drives for Lyft, Uber’s main U.S. rival, in Chicago. “I always tell people, ‘I don’t have a boss. I have an app.'”

Companies like Lyft are now fighting class actions alleging that their contractors are actually employees and should therefore be paid minimum wage and reimbursed for work-related expenses like gas and car maintenance. The companies insist that’s a misconception of their role. “Lyft drivers are not employees,” the company said in a statement. “They use Lyft, and other on-demand services, as a flexible and reliable way to make ends meet without having to be stuck in a schedule that doesn’t work for them.”

The critics aren’t buying it. “Just because a worker is directed and controlled by an algorithm that comes through a phone, as opposed to a foreman, doesn’t do anything to change the fundamental relationship of employment,” argues Jonathan Davis, one of the attorneys behind a class action against grocery-delivery company Instacart. On-demand companies exercise the control of traditional employers, including setting the rate drivers can earn per mile, kicking sloppy workers off their platforms and organizing workers in set shifts, the critics contend.

For Shamar Theus, a former courier for Postmates in San Francisco, the uncertainty of on-demand employment became an issue when management made a small change to the tipping process that immediately cut his take-home pay in half. “They thought it was a simple thing,” he says. “Had they asked for courier feedback, the couriers would have said, ‘Heck, no.'” Theus is now a happy traditional employee of a sustainable-meats company in Oakland, Calif. For Heather Squire, who signed up to deliver groceries for Instacart in Philadelphia, the price of independence was disillusioning. Lured by an ad promising $25 an hour, she found that the cost of gas, parking tickets and wasted time waiting for orders while she made deliveries cut her net pay to as little as $5 an hour. “It didn’t feel like not having a boss,” she says, “because the app is your boss.”

Other cases are more dire. On New Year’s Eve of 2013 in San Francisco, a driver who was allegedly logged in to the Uber app and interacting with his phone–but not carrying a fare–hit a family of three, killing a 6-year-old girl. In court documents denying responsibility, Uber argued that the company should not cover any damages, like the family’s burial bills. The case was settled for an undisclosed sum.

As Judges weigh the fate of the lawsuits against on-demand businesses, much will hinge on whether they buy the claim that these firms are simply technology platforms connecting independent workers with people who need their services, and not providing the services through their own employees.

They’ll also have to decide if all on-demand workers can be viewed the same way. Many have other jobs with traditional employers and pick up rides or deliver groceries for extra cash. Some pull full-time hours but for a variety of companies, cruising for fares while logged in to three different apps at once. Others work for a single company as many as 60 hours a week.

So far, the legal system has been divided. “The jury in this case will be handed a square peg and asked to choose between two round holes,” wrote District Judge Vince Chhabria, who is overseeing the Lyft case. In June, the California labor commission ruled that an Uber driver named Barbara Berwick was an employee and entitled to expenses. But the same commission ruled in 2012 that another Uber driver was an independent contractor.

On-demand companies maintain that their critics are using little-guy rhetoric to defend powerful interests. In New York City, where Mayor Bill de Blasio just dropped a contentious plan to cap the number of on-demand drivers, Uber officials contend that the taxicab lobby is steering the debate. No matter who is funding it, though, the fight has already knocked out one on-demand company. On July 17, Homejoy, a housecleaning startup backed by Google’s venture fund, announced that it was shutting down amid four lawsuits over worker classification.

At least one company, delivery service Shyp, has chosen to reclassify its contractors as employees without being sued. “We wanted more quality control,” says CEO Kevin Gibbon. Still, it is significantly cheaper to rely on freelancers, thus avoiding payroll taxes or overtime, and many on-demand firms have shaped their businesses around such arrangements. In a recent motion contesting a suit against it, Uber warned that having to reclassify drivers “could force Uber to restructure its entire business model.”

Some labor experts, politicians and entrepreneurs wonder if the new economy demands an entirely new category of worker, neither fully employed nor wholly independent. “Right now it’s a toggle between the two things,” says Miriam Cherry, a professor of law at St. Louis University. “There’s some logic to the idea that we might need a third category”–perhaps a “dependent contractor” that is some mix of the two.

The idea has been put in effect in countries like Germany, but economists like Arun Sundararajan, a professor at NYU, think America might need even more than three categories. He believes that the market can provide its own solutions if the government lets it–perhaps some sort of point system by which steady workers can accrue benefits.

In Silicon Valley, where disruption is an exalted state, these questions are taken in stride. “Regulation just hasn’t caught up to the changing way that people want to work and the way that companies are employing people,” says venture capitalist Ryan Sarver. “I wouldn’t be surprised if the companies figure it out.” You can’t blame the disruptees for wanting a bit more certainty–someone should build an app for that. 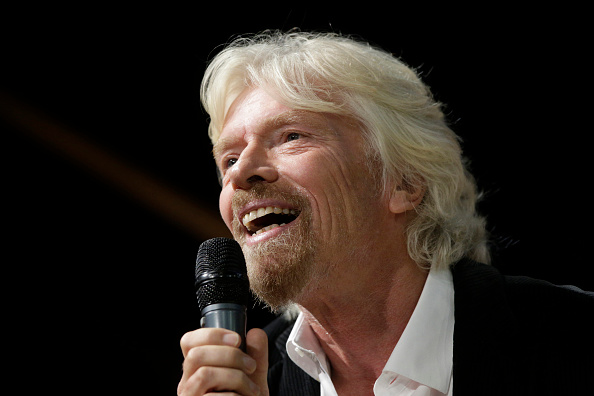 6 Reasons Richard Branson Is the Most Popular Entrepreneur in the World
Next Up: Editor's Pick