Protesters hold up placards while demanding the release of Asia Bibi, a Pakistani Christian woman sentenced to death for blasphemy, at a rally in Karachi on Nov. 25, 2010
Akhtar Soomro—Reuters
By Rishi Iyengar

Pakistan’s Supreme Court said Wednesday it would hear an appeal from Aasia Noreen, popularly known as Asia Bibi, a Christian woman sentenced to death for blasphemy.

Bibi’s lawyer Saif-ul-Malook said the court had stayed her death sentence until the appeal, Reuters reported.

“The execution of Asia Bibi has been suspended and will remain suspended until the decision of this appeal,” Malook said, adding that a date for her execution had not previously been set.

Bibi was sentenced to death in 2010 under Pakistan’s highly opaque and contentious blasphemy law, over an argument with a group of women who refused to drink the water she offered them because her status as a Christian made it “unclean.” The Muslim-majority country does not explicitly define blasphemy but stipulates the death penalty for acts deemed as such, leading to several instances of what activists say is manipulation of the law to settle personal scores or discriminate against minorities.

Bibi, a mother of four and the first woman to be so sentenced under the blasphemy law, has said in the past that she was implicated because of a personal vendetta that the group of women had against her.

Although the state has never actually carried out an execution for blasphemy, convictions are increasingly common, as are cases of mob justice. Those who speak out against the blasphemy law — including two politicians who were assassinated for trying to defend Bibi — become instant targets of religious fundamentalist groups. Pakistani lawyers often refuse to argue blasphemy cases out of a fear of being attacked, and death threats against those who do are a common occurrence. 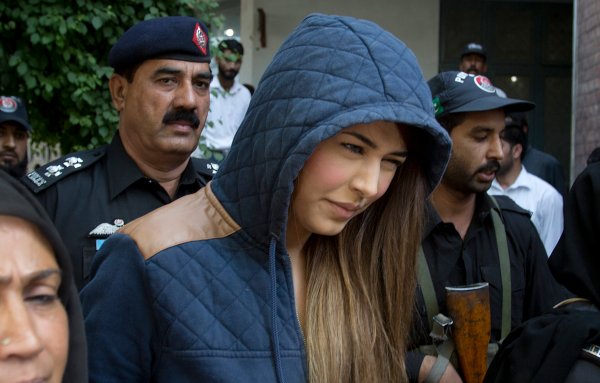