On behalf of New York Gov. Andrew Cuomo, a special panel—the Fast Food Wage Board—recommended that the state’s minimum wage for employees of fast-food chain restaurants be increased to $15 an hour. The previous minimum wage—enacted on December 31, 2014—for fast-food workers in New York City was $8.75 per hour; the new minimum wage represents a 70% increase.

Under the board’s recommendation, the wage would take effect first in New York City by 2018, then be expanded to the rest of the state. The decision will circumvent the state’s legislature and move straight to the New York state labor commissioner, where it is likely to be approved.

The decision follows that of other large cities that have moved to increase their minimum wages, such as Seattle, San Francisco, and Los Angeles. On Tuesday, the University of California moved to raise its hourly minimum wage to $15 per hour, affecting 3,200 of its 195,000 employees.

Cuomo has long advocated for the minimum wage hike, writing in an op-ed in The New York Times in May that “nowhere is the income gap more extreme and obnoxious than in the fast-food industry.”

Most Popular on TIME
1
Elvis Presley’s Grandson Dies, Agent Says
2
Lindsey Graham Now Says He'll Call Mueller to Testify
3
With No End in Sight to the Coronavirus, Some Teachers Are Retiring Rather Than Going Back to School 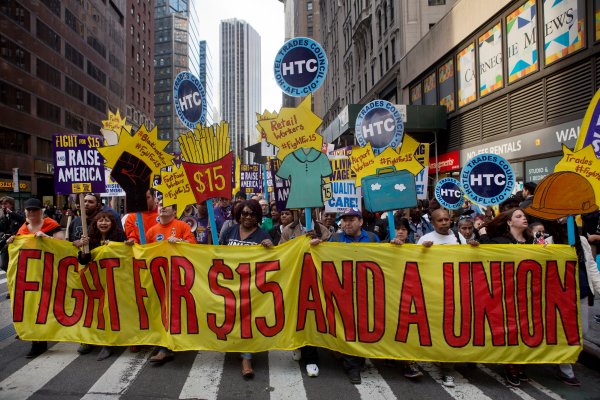