Your Phone Will Power Stephen Hawking's Search For Aliens

To help Stephen Hawking’s $100 millions search for extraterrestrial life with Yuri Milner, smartphones will prove key. On Monday he and Milner, a billionaire, announced Breakthrough Listen, an initiative to find life beyond Earth.

By using the Berkeley Open Infrastructure for Network Computing app, which can be downloaded to Android phones, a user can help power the search for alien life. The app, according to Forbes, is powered via Wifi and won’t use a person’s data.

The phone app works like this: Data from two massive telescopes scan the universe for signals of alien life. By powering on the app, you allow the telescope’s collected data to be analyzed via crowd-sourcing. “BOINC computes only when your device is plugged in and charged, so it won’t run down your battery,” according to the app’s Google Play site.

But quite notably, the app can’t be used for iOS devices. So, sorry, iPhone users.

“We believe that life arose spontaneously on Earth,” Hawking said during the announcement. “So in an infinite universe, there must be other occurrences of life.”

“I don’t have high expectations, but the search itself will teach us quite a bit,” Milner told The Washington Post. “We could find something we’re not even looking for.” 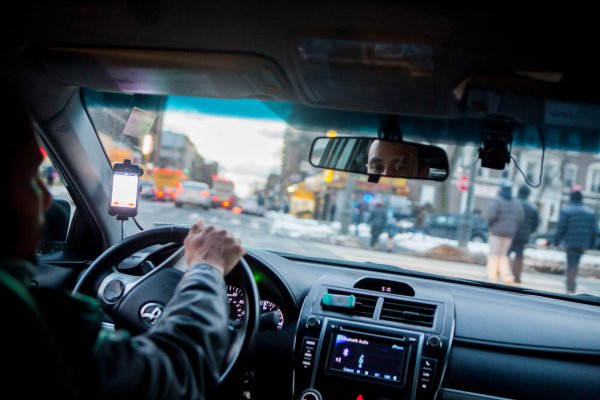 Uber Wins Celebrity Backing in its Fight Against New York
Next Up: Editor's Pick