How to Solve the Gender Wage Gap in International Soccer

As I watched the Women’s World Cup final recently with my family, my 11-year-old son, who plays on a local soccer team, remarked that he was amazed at how quickly and how often the U.S. team scored.

“Seriously, Dad, teams don’t just score like that in soccer.”

Of course, he was right. The match set a record for most combined goals scored in a FIFA final for either men or women.

It’s that level of action and excitement that made the game the most-watched soccer event in U.S. history.

Shortly after the game, however, some took to Twitter to point out a less favorable disparity:

This is a shockingly huge pay gap, and looks even worse when considering that the US men’s team, which lost in the first round last year, earned US$9 million for their efforts.

The usual go-to explanation of such disparities, “it’s all supply and demand,” seems to fall a little short given that the demand (people watching the game) was actually greater for the women’s team than for that of the winning German men’s team, at least in terms of US viewership. But, in fact, this explanation does help in understanding why the gap exists. It also suggests a solution: increase demand.

Where do other sports stand?

The pay gap between the women’s team and men’s team for the FIFA World Cup Finals is significant. The male-female ratio for the payout is 17.5 (men’s pay divided by women’s). That is, men earn $17.50 for every $1 earned by women for winning the championship game. For comparison, see the chart below showing wages and prize money for men versus women for the sports in which men and women have equal or similar representation.

The FIFA ratio is considerably greater than those for the U.S. and British Open golf tournaments, though not quite as large as that of professional basketball – the average NBA player earn 65 times as much as a woman in the WNBA. Tennis, notably, has been awarding men and women equal prize money for years. Wimbledon became the last Grand Slam to do so in 2007.

Where sports revenue comes from

So why are women tennis players paid the same as male players at Wimbledon but not for the FIFA World Cup? The difference comes down to how the sports generate revenue, which does not primarily come from ticket sales, as some believe.

Basketball is a case in point. Walking through the revenue model for an NBA team relative to a WNBA team is revealing. The average NBA team generates 25% to 30% of its total revenue from ticket sales. The lion’s share of revenue comes from local and national broadcast rights. (Here’s a link to the New Jersey Nets’ profit and loss statement – very revealing.)

The current NBA television deal, which provides networks the right to broadcast games during the regular season and gives specific networks rights to broadcast different rounds in the playoffs, is around $930 million, or approximately $31 million per team. Local television deals can add another $25 to $30 million.

The Los Angeles Lakers, for example, reaped $122 million in 2013 selling their local broadcasting rights (and are set to earn much more in coming years), while other marquee teams typically earn $30 million to $40 million.

By contrast, the WNBA in 2012 signed an extension on its national broadcast deal in the amount of $12 million per year (about $1 million per team).

If the local broadcast deal for a WNBA team is similar to its national deal (as is the case with the men), then a women’s team likely generates about $2 million per year in broadcast rights, compared with more than $55 million in the NBA.

The revenue gap makes some sense when considering that the average attendance for a NBA game is 17,000, compared with 7,500 per WNBA game, and that the men play 41 home games a year, compared with 17 for women. In this case, the demand and supply explanation works very well. There is clearly greater demand for NBA games than for WNBA games, and, as a result, revenues are significantly higher, as are the salaries.

Tennis is a less complex beast. The men and the women (at major tournaments) are playing at the same venue, the broadcasters are purchasing a bundle of programming that includes both men’s and women’s matches, and tickets are priced according to the round in the tournament, the location of the match (marquee matches are played in the premier court relative to the surrounding courts) and the seats within the stadium.

The revenue generated by the tournament is a function of both men and women, so women deserve an equal share. And women have had a terrific advocate in Billie Jean King, who started pushing for equality in tennis nearly four decades ago.

The Women’s World Cup, unfortunately, looks much more like basketball than tennis. FIFA releases annual reports of its financials – income and expenses relating to promoting and running various FIFA events.

Looking back at 2011 (the last time the women played in the World Cup), FIFA reported television revenue of $550 million, of which $537 million was from presales for the 2014 Men’s World Cup. The remaining $13 million in television revenue was generated from the sale of broadcast rights to a variety of FIFA events, including (presumably) the 2011 Women’s World Cup.

If these types of revenue disparities persisted through the 2014 and 2015 Men’s and Women’s World Cups, the television revenues for the 2015 women’s event was a fraction of the $1 billion plus taken in for the 2014 Brazil games. So one could conclude that the payments to the men’s and women’s teams should be proportional to the revenue generated from the individual events.

This might be a good assumption, except that FIFA spends money on events and promotion of soccer throughout the world that have no chance of paying for themselves. And, if we think about an investment or impact, the Women’s World Cup obviously had a nice reach – the final out-drew the men’s final, at least in the U.S.

It is unclear, however, whether the viewership for the Women’s World Cup was larger than that of the men’s outside of the U.S. (FIFA prepares a television audience outreach document after the World Cup; here is the one from 2010).

Americans had good reason to watch their home team compete in the final, and in a similar time zone no less. We can make a few comparisons with the numbers that have been released from other countries.

So perhaps on a global scale, the supply and demand argument works after all. The women were popular in the U.S., but that is only a very small part of the global market (weak market demand will have downward pressure on prices).

FIFA needs to look ahead

FIFA’s reaction to the underpayment controversy was to suggest that the women haven’t earned a bigger paycheck because the women’s tournament has not run as long as the men’s.

That is really a rubbish argument. I have yet to hear a corporate chief financial officer tell a new worker that she or he can’t be paid their value because the job hasn’t been around long enough – if this were true, most chief technology officers would be earning less than the mailroom staff.

Ultimately I believe FIFA is thinking about this all wrong. The organization should be thinking about this as an investment, an avenue to increase participation in women’s soccer across the globe and a mechanism to propel equality between men and women. Consider the impact that FIFA could have if it spent the time and resources promoting the women’s game with the same intensity it uses for the men’s game. Sports is a powerful vehicle for social change.

Although in the past the women’s tournament generated less money for FiFA than the men’s, no business or sports empire can live in the past and expect to be relevant in the future.

Sporting goods companies know this. To continue to survive and make profit, they think ahead and bet their financial futures on promising young athletes who have not proven themselves. And the companies in turn use their power to guarantee (as much as they can guarantee) a return on investment. Under Armour did a deal with the Golden State Warriors’ Stephen Curry before he helped them win the NBA Championship.

The same argument goes for women’s soccer. In the 2015 FIFA World Cup, women’s soccer proved itself. It likely won’t be long before their earning power rivals the men as their popularity grows.

It’s easy to make an argument about the social justice of equal pay. But if that’s not enough for FIFA, the group would do well to simply think ahead, pursue its self-interest and follow the age-old mantra: “Don’t be stupid.” 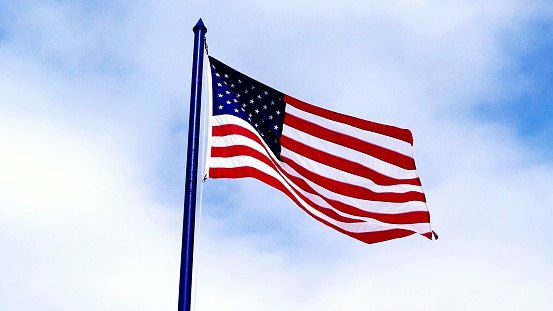 What Chattanooga Shootings Teach America
Next Up: Editor's Pick