How Trauma Can Change You—For the Better

Everyone hopes they’ll avoid the worst life has to offer—accidents, illness, loss or violence. Unfortunately, few of us will get through life unscathed. According to recent PTSD research, 75 percent of people will experience a traumatic event in their lifetime. These traumatic events will inevitably cause great suffering. But it’s not all bad news. Trauma can also be a powerful force for positive change.

In the 1980s two psychologists, Richard Tedeschi and Lawrence Calhoun, at the University of North Carolina, Charlotte, discovered that trauma was changing people in fundamental ways. Some of those changes were negative, but to their surprise, the majority of trauma survivors they interviewed reported that their lives had changed for the better. Survivors of all kinds—they contacted more than 600 people—said they had much greater inner strength than they ever thought, that they were closer to friends and family members, that life had more meaning, or that they were reorienting their lives towards more fulfilling goals.

This mirrored what the pair was hearing from their clients, many of whom had experienced the death of children or suffered from cancer or survived terrible life-altering accidents. The suffering that resulted from these horrible experiences was not an endpoint. Instead it acted as a catalyst, pushing these people to change for the better. In a 1996 paper Tedeschi and Calhoun coined the term post-traumatic growth to describe what they had found.

Since then researchers around the world have begun delving into post-traumatic growth. Studies have found that more than half of all trauma survivors report positive change—far more than report the much better-known post-traumatic stress disorder.

One woman, a professional extreme skier, was even thankful for a wingsuit flying accident that nearly killer her and almost cost her a leg. She lost her career as an athlete but it opened up an entire part of her identity she never would have known about otherwise. She was forced to change and the change was overwhelmingly positive.

Growth begins with healing from trauma—it is not a free pass to avoid suffering. But, as researchers now know, people have the capacity to do far more than just heal. Given the right environment and mindset, they can change, using the trauma, the suffering and struggle that ensues, as an opportunity to reflect, to search for meaning in their lives, to ultimately become better versions of themselves.

Jim Rendon is the author of Upside: The New Science of Post-Traumatic Growth. 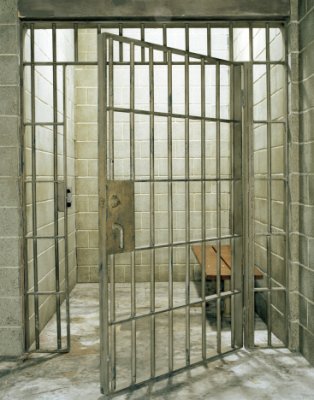 What It's Like to Raise a Son From Behind Bars
Next Up: Editor's Pick