US President Barack Obama speaks to small business owners on the reauthorization of the Export-Import Bank during a meeting in the Roosevelt Room of the White House on July 22, 2015 in Washington, DC.
MANDEL NGAN—AFP/Getty Images
By Maya Rhodan

President Obama said the renewing the Export-Import Bank’s charter should be a “no-brainer” during a meeting with business owners at the White House.

On Wednesday, Obama called on Congress reauthorize the bank, which Congress allowed to expire in late June, by using small- and medium-sized business owners to debunk the Congressional argument that it provides government handouts to big businesses.

“This should be a no-brainer,” Obama said Wednesday. “The Export-Import Bank makes money for the U.S. government. I just want to be clear about this: This is not a situation in which taxpayers are subsidizing these companies.”

The 81-year-old bank, which helps finance foreign purchases of U.S. products such as Boeing planes, saw its charter lapse on July 1 when Congress failed to act. Conservative activists had increasingly targeted the bank as a form of corporate welfare in recent years, and House Majority Leader Kevin McCarthy called it “crony capitalism,” although it retains some support among Republican lawmakers.

But while activists focus on the bank’s bigger clients, the White House has focused on the ways it helps smaller businesses.

“Ex-Im equips companies with financing they need to go toe-to-toe with foreign rivals, resulting in more exports and more well-paying jobs in cities and towns here in America, rather than overseas,” a White House official said recently.

Senators have signaled interest in renewing the bank through an amendment to a bill that funds a critical infrastructure program that could suffer a lapse in funding if its not renewed by the end of July. The Senate, however, is struggling to pass its version of the bill, which failed to clear a procedural hurdle on Tuesday. 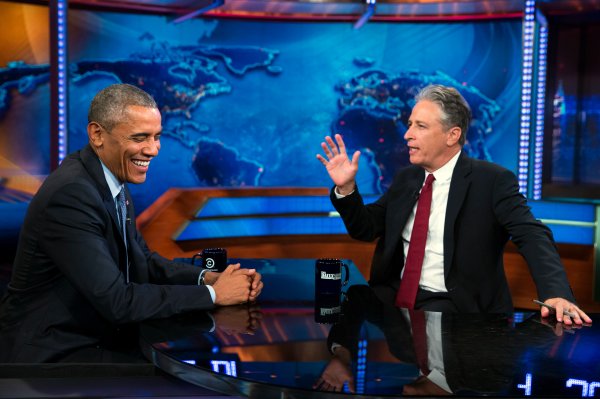 How George W. Bush Made Barack Obama and Jon Stewart Possible
Next Up: Editor's Pick