There's Another Drug-Resistant Bacteria In Meat

We’ve heard about listeria in ice cream and E. coli in spinach, but new research suggests there’s another bacterial strain that may be infecting consumers who handle or consume meat sold in grocery stores.

A new study published in the journal Clinical Infectious Diseases shows turkey, chicken and pork sold in grocery stores can contain a bacteria called Klebsiella pneumoniae, which can cause illness in some people, and some strains of which are resistant to antibiotics. According to researchers, the new study is the first to suggest that meat may be a source of K. pneumoniae exposure for Americans. Currently the U.S. government does not routinely test food for that bacteria.

In the study published Thursday, researchers from the Milken Institute School of Public Health and elsewhere compared isolated samples of K. pneumoniae from meat products sold in Flagstaff, Arizona, and compared those to urine and blood samples from people with K. pneumoniae infections during the same time period. The samples were sequenced and the researchers found that 47% of the meat products tested had the bacteria, and some of the sequenced samples from the meat and samples from the humans were almost identical.

The findings underline the need for judicious use of antibiotics in livestock, since some of the strains of K. pneumoniae were discovered to be drug resistant.

The study cannot confirm for certain that the people in the study with Klebsiella pneumoniae got the infection from meat at a grocery store. “What we can say is that there are strains that were isolated from people and from meat that were nearly indistinguishable,” said lead study author Lance B. Price, a professor of environmental and occupational health at Milken Institute School of Public Health in an email.

The authors add that the findings are not necessarily reserved to Arizona where the study was conducted. Price says most of the products were produced outside of the state, which means contaminated meat could be in a variety of places country-wide. 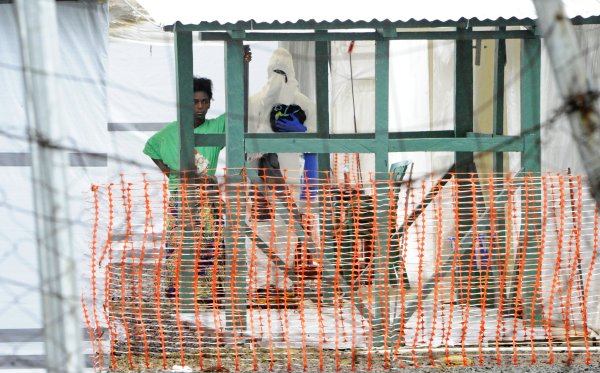 'We Are Not Prepared For Another Epidemic': World Bank Survey
Next Up: Editor's Pick