The brave, solitary figure standing up for justice against all odds has a claim on the heart. Meanwhile, the conservative traditionalist using legal arguments to cling to the past is justly forgotten.

That likely explains why a number of reviewers have treated Harper Lee’s Go Set a Watchman like a dead rodent to be held at arm’s length while taken to the trash.

For unlike Mockingbird’s Atticus – a lone hero who represented a disabled black man falsely accused of assaulting a white woman – the Atticus in Go Set a Watchman opposes Brown v Board of Education, which overturned segregation. He supports the White Citizens Council, argues that African Americans haven’t earned their citizenship and worries what will happen if voter suppression efforts aren’t successful.

Yet this shouldn’t be a reason to disparage the novel; if anything, it presents a very real tension that many Americans were grappling with in the 1950s: how should they interpret the Constitution? And should the rule of law take precedent over justice being served?

In this sense, Atticus represents the past: strict adherence to the law, above all else. Meanwhile, his daughter Jean Louise (the adult Scout) represents a new strain of legal interpretation that’s devoted to justice for all.

Set in the fictional Maycomb, Alabama in the late 1950s amidst the push for integration and voting rights, the novel centers on a deep disagreement between Jean Louise Finch and her father, Atticus, over these civil rights issues.

In Jim Crow Alabama – where the law denies African Americans voting rights, limits their jury service and segregates them in school – this is what complicates the character of Atticus, who supports a Jim Crow society and thinks that the Constitution does, too. And it may explain the shift in Atticus’ character, from a lawyer defending a wrongly accused black man in Mockingbird, to a supporter of the White Citizens Council.

In Watchman, when African-American lawyers from the NAACP work in a neighboring county to challenge the exclusion of African Americans from serving on a jury, Atticus fears they may show up in Maycomb, too.

Here, the novel rings true to history. Stretching back to the 1930s, Alabamans had a deeply held fear of outside lawyers. One response was to run them out of town. Another was to lynch their clients. For example, in 1933, after two African-American men were shot to death in Tuscaloosa, Alabama, the NAACP asked the US Department of Justice to prosecute local officials who were complicit with the lynchers.

Karl Llewellyn was a Columbia law professor and leader of the “legal realist” movement, which sought to understand what was actually happening between laws, enforcement of laws and the delivery of justice. In 1933, he argued on behalf of the NAACP that the intimidation of lawyers and their clients in Alabama – with the tacit approval of those in power – was hindering the proper enforcement of the law. Lynchings, Llewellyn said, were designed to intimidate the entire African-American community and to stop them from asserting their rights.

In Watchman, the efforts to stop African Americans from asserting their rights are somewhat more subtle. Atticus offers to represent a young African-American man accused of running over a drunk white man, but only so NAACP lawyers will not take on the case themselves – and then start asking questions about African-American jury service.

Alabama lawyers like Atticus still read the Constitution through the lens of white superiority. Jean Louise, recalling Atticus’ defense of Tom Robinson in the 1930s, tells him his ideas of justice “have nothing to do with people.” She calls his ideas “abstract justice written down item by item on a brief, nothing to do with that black boy.”

That’s just how many judges before the civil rights movement viewed constitutional law. For example, Supreme Court Justice Oliver Wendell Holmes defended forced sterilization along similar terms when he dismissed the equal protection claim of a young woman about to be sterilized.

Jean Louise’s uncle tells her that Atticus will “always do it by the letter and by the spirit of the law.” Atticus’ version of the law was informed by the “separate but equal” doctrine, which had been the rule – up until Brown.

But it’s a vision of the law rooted in the past. On the one hand, Atticus won’t defend lynching, which was against the law (even if officials sometimes failed to enforce it). On the other, his narrow conception of the Constitution doesn’t extend to equal rights in schools, the voting booth or at the altar.

It isn’t just on race that Atticus is out of step with the times. He opposes social security, too. And he worries that even the “time-honored, common-law concept of property…has become almost extinct.”

Even Jean Louise is skeptical of Brown v Board of Education. She tells her father she thinks it’s inconsistent with the Tenth Amendment (which deals with states’ rights). This is an argument that was popular with states’ rights advocates and segregationists in the 1950s.

However, she also realizes that the Supreme Court has no choice – they “had to do it.”

“Atticus,” she says, “the time has come when we’ve got to do right.” She is, like the famous Karl Llewellyn, a legal realist when it comes to constitutional interpretation: she realizes that strict interpretation isn’t compatible with social realities.

There was a sense for Jean Louise, as for so many Americans of that era, that constitutional arguments about states’ rights were subordinate to grander principles of justice. The equal protection clause of the Constitution’s Fourteenth Amendment was a principle that supported civil rights; but those who opposed civil rights found only principles of limited construction and state sovereignty. Jean Louise referred to the equal protection principle when she told Atticus she believed in the slogan “Equal rights for all; special privileges for none.”

In the 1950s, the world was changing. So was the meaning of law. The character of Jean Louise reflects the thinking of many Americans during the civil rights movement: that the Constitution was designed for equality, for voting rights and for better schools. Much has been written about how Watchman demotes Atticus from hero status. But the novel also demonstrates the idea that the Constitution stood for principles of equality.

The train that brought Jean Louise back to Maycomb also brought new ideas that would become central to the civil rights movement. In that respect, Watchman is more inspirational than Mockingbird, for it supports the view that the Constitution is forward-looking, and that our nation – not just some heroic lawyer – is doing something about civil rights. 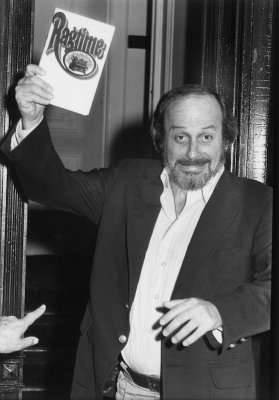