If Jon Snow Is Dead, Explain This Photo

He says his character is definitely dead and he won’t be returning to the show. The show’s creators have said the same. His co-star Emilia Clarke said there’s a 50/50 chance he might come back, while his other co-star Maisie Williams thinks he won’t.

So what is Kit Harington, who plays Jon Snow in Game of Thrones, apparently doing in Belfast, Northern Ireland, where the hugely popular TV show’s next season is being filmed?

Everyone saw (and probably cried) over Snow getting stabbed multiple times in the season 5 finale, but Game of Thrones fan site Watchers on the Wall tweeted what is said to be an image of Harington at Belfast airport Monday night.

A member of the popular fan forum was apparently on the same flight as Harington, and also reported seeing Tom Wlaschiha, who plays everyone’s favorite faceless assassin Jaqen H’gar.

Multiple media outlets have picked up on the image. ‘The return of Jon Snow is turning into the worst-kept secret in TV history” said Vanity Fair, which added “Rest assured, these are taken in the Belfast airport” and invited readers to cross reference a photo for comparison.

But back to Jon Snow: Is he back?

Harington further fueled speculation of his return to the show by sporting Snow’s trademark shoulder-length hair at the Wimbledon tennis championship a few weeks ago, and has reportedly refused to take pictures with fans in Belfast.

Of course, Harington’s appearance in Belfast is not conclusive proof of anything, but in the words of George R.R. Martin — author of the A Song of Ice and Fire books on which the show is based:

“If there’s one thing we know in A Song of Ice and Fire is that death is not necessarily permanent.”

Read Next: Here Are All the Jon Snow Conspiracy Theories 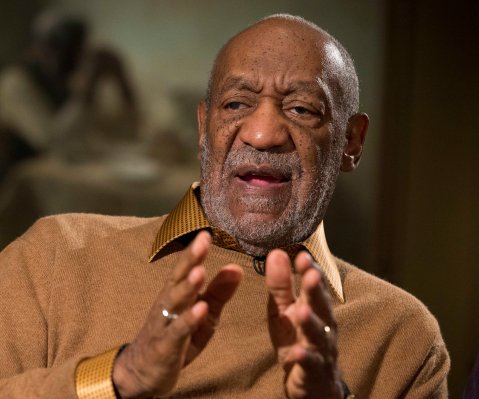 Cosby Attorney Hits Back Amid Quaaludes Accusations Against Actor
Next Up: Editor's Pick