I’ll admit, I had never heard of Branson before I started working for myself some years ago. I quickly found out that his status among entrepreneurs is legendary.

So what makes Sir Richard so darned likable?

In a 2007 interview at the famous TED conference, conducted with curator Chris Anderson, Branson spoke about the ups and downs of his career:

Here are some traits and quotes from the interview that I feel help explain his extreme popularity.

Generally speaking, we like people who smile and laugh. Their joyful spirit is contagious, and they make us feel better about ourselves.

Add to that the fact that Branson appears totally unpretentious, humble, and unable to take himself seriously. Beginning at the 16:00 mark, you’ll find a potentially awkward exchange in which Anderson makes a joke at Branson’s expense. Branson simply laughs it off and keeps going.

Watch Sir Richard for a few minutes, and it’s hard not to like the guy.

Not just figuratively. Literally. (Check out point 1:34 in the video.)

Fellow Inc. columnist Dr. Travis Bradberry points out that when you touch someone while conversing, you release specific neurotransmitters in the person’s brain that make him or her associate you with trust and other positive feelings. (Of course, unwanted or inappropriate touching will produce the opposite effect.)

It’s safe to say that Sir Richard hasn’t given us any literal pats on the back lately. But watching how he deals with others makes him appear down-to-earth and relatable.

It’s almost like a subliminal message flashes across the screen, telling your subconscious: I’m trustworthy and genuine, and I sincerely like people. Now follow me on LinkedIn.

3. He values his employees. Really.

In his opening comments, Sir Richard opines: “I learned early on that if you can run one company, you can really run any company. I mean, companies are all about finding the right people, inspiring those people, you know, drawing out the best in people.”

That attitude has led to a reputation as a leader who puts employees first.

How can you not love that?

4. He’s not afraid to try new things. In fact, he thrives on it.

On coming up with the idea for Virgin Airlines: “If I fly on somebody else’s airline and find the experience is not a pleasant one, which it wasn’t 21 years ago, then I think, ‘Well, you know, maybe I can create the kind of airline that I’d like to fly on.’ And so … got one secondhand 747 from Boeing and gave it a go.”

Sir Richard has been known to try his hand at, well, almost anything. The Virgin Group has current or past companies in the music, hospitality, and space-exploration industries, among many more.

Not every venture has been a success. But as hockey great Wayne Gretzky famously said: “You miss 100 percent of the shots you don’t take.”

Branson states in the interview that he suffers from dyslexia and as a child had “no understanding of schoolwork whatsoever.” He left school when he was 15 years old, and never pursued a university degree.

Branson’s alternative road to billionaire-ship holds out hope for dreamers and individualists everywhere.

In a world where people generally get rich by stepping on others as they climb the corporate ladder, Sir Richard seems different. His philosophy:

“I think if you treat people well, people will come back for more … All you have in life is your reputation and it’s a very small world. I actually think that the best way of becoming a successful business leader is dealing with people fairly and well. And I like to think that’s how we run Virgin.”

At the end of the interview, Anderson sums up how most people feel about Branson after a few minutes of observation:

“When I was starting off in business, I knew nothing about it … I thought that business people were supposed to just be ruthless and that was the only way you could have a chance of succeeding. And you actually did inspire me. I looked at you and thought, ‘Well, he’s made it. Maybe there’s a different way.'” 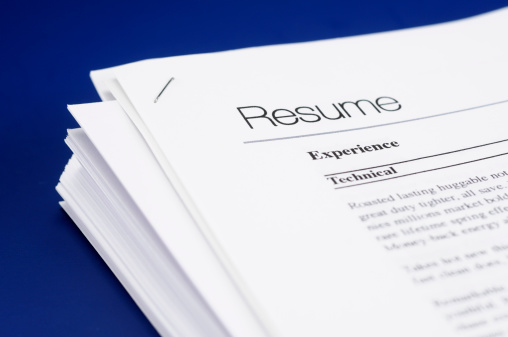 10 Common Mistakes to Avoid on Your Resume
Next Up: Editor's Pick