The Orchard/Sundance Institute
By Daniel D'Addario

It’s hard to have a conversation about gay films without mentioning Brokeback Mountain, which celebrates its tenth anniversary this year. Ang Lee’s tragic Western became a box-office hit to the tune of $178 million worldwide. It was also a zeitgeist-defining phenomenon, in the months following its release; its failure to win the Best Picture Oscar (in spite of three other prizes) is still recalled as a scandal.

But Brokeback had little impact on film itself, and the conversation around mainstream gay cinema tends to stop shortly after 2005. The film’s provocative, easily-reducible concept (gay cowboys!) guaranteed its own status as a hit (as did marketing that sold the film as more about America than about gay America), but there hasn’t been a breakthrough hit on its level since. Mainstream cinema’s seemingly systemic inability to carry across a major gay film over a decade provides an opening for independent films to do the job. Sebastián Silva’s new film Nasty Baby, out Oct. 23 in limited release, is the gay film audiences need precisely because it isn’t trying to be about all of America. It gets a particular aspect of human experience, the way films about straight people have been doing since film was invented.

The film, which has played at festivals including Sundance, assays the lives of a gay couple, Freddy and Mo (Silva and Tunde Adebimpe) in gentrifying Brooklyn; they’ve promised to provide genetic material to a single friend (Kristen Wiig) who’s hoping to have a baby, all while Freddy puts together an art project that sees him, among other things, impersonating an infant himself.

It’s all ground that’s been trod elsewhere, if not necessarily on the big screen; Brooklynites consumed by anomie and vague desire to create art and alternative families are not characters that lack for representation. But these characters are in a film that’s unafraid to depict them as something other than cute. Their behavior towards their lower-income neighbors, people being squeezed out of the neighborhood, starts at questionable and moves, through a surprisingly twisty plot, into the reprehensible.

And Nasty Baby isn’t a movie whose characters “just happen to be gay,” as is so often said of would-be mainstream films that take on stories from gay history. (Most recently, The Imitation Game tried to tell the story of a nonstraight person while betraying absolutely nothing about how his sexuality affected his life.) Freddy’s art comes from a place of camp and irony particular to a certain sort of gay men; so, too, do his anxieties over the realities of bringing a child into an unconventional setup, and his aggression towards a neighbor he views as homophobic. Nasty Baby is, in part, about the eagerness of a certain upwardly mobile class of American gay men to interpret cases in which they may not unambiguously be in the right as unworthy of consideration. Having internalized a society that doesn’t treat them as equal, Freddy and Mo set out to prove they’re more equal than others.

This isn’t attractive. What complicated story about adult humans could be? Brokeback Mountain‘s Jack and Ennis, reacting differently to the historical climate in which they found themselves, behaved too impulsively and too reservedly (respectively). That’s been forgotten in retrospective imaginings of the film as about generic themes of American life. Other mainstream attempts to confront gay history, whether the unambiguous saintliness of Milk or the surprise twist that a straight man was the hero of the ACT UP era in Dallas Buyers Club, have learned all of the worst lessons from Brokeback‘s reception ten years ago.

There will always be audience members who are unwilling to see a movie about gay people, which is why would-be hits about the gay experience tend to be so very watered-down. Nasty Baby, though, provides hope in the same way that, in a very different vein, Ava DuVernay’s Selma did. That was a movie about the black experience in America that focused on particularities and humanity, made outside the confines of a system that serves the broadest possible audience—and that’s exactly why it was successful. 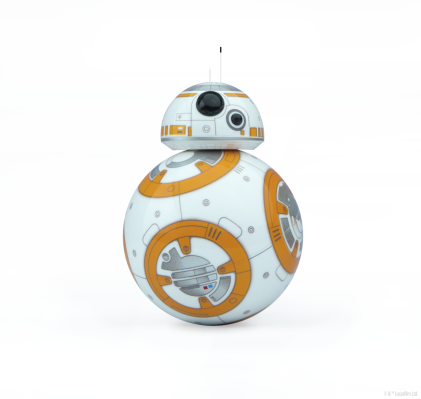 Watch BB-8's Adorable Reaction To the Star Wars: The Force Awakens Trailer
Next Up: Editor's Pick