When Orange Is the New Black actress Laverne Cox was undergoing her transition, her experience could not have been more different than Caitlyn Jenner’s.

However, as Cox revealed on The Late Late Show on Monday, it’s important for people to see “diverse representation of trans people in the media. … When I think about transitioning in my twenties as a black transgender woman who was working-class and struggling to make it in New York City, it’s completely different from Caitlyn’s very public experience.”

Though Cox and Jenner have been supportive of each other over social media for months now, they only met for the first time on Sunday evening when they took in a screening for I Am Cait, the eight-part docuseries chronicling Jenner’s new life.

According to Cox, the first episode of the series shows the unavoidable ramifications of transitioning in the public eye and how Jenner needs to change cars in order to dodge the paparazzi when she travels, “which is an insane way to live. There’s no way she could have transitioned privately but I think she’s doing it very eloquently and beautifully publicly.”

Added former Mad Men star Christina Hendricks, who shared the couch with the OITNB star: “I’m surprised it’s such a surprise. … I’m happy when [transgender people] can feel comfortable and beautiful in their own skin and I just … live and let live. It’s not a thing to me.” 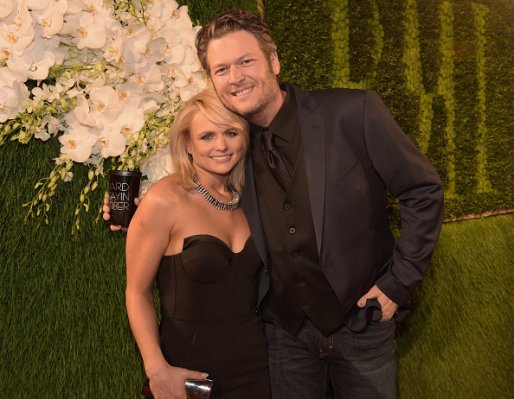 Blake Shelton and Miranda Lambert to Divorce
Next Up: Editor's Pick