US President Barack Obama speaks with Jon Stewart, host of "The Daily Show with Jon Stewart," during a taping of the show in New York, July 21, 2015.
Saul Loeb—AFP/Getty Images
By Jacob Koffler

President Obama will travel to New York on Tuesday to make his final appearance on the Daily Show with Jon Stewart at the helm. Stewart is stepping down in three weeks, ceding the host’s seat to South African comic Trevor Noah.

Obama’s appearances on the Daily Show have spanned his political career, appearing as senator, then presidential candidate and finally as president. His earlier interviews foreshadowed some of his biggest presidential policy decisions, and his later ones were spent defending his presidency and America’s progress under his reins.

In his first interview on the show, Obama also shared (now laughable) concerns that his political career would fizzle out.

“I do worry about the hype,” he said to Stewart. “The only person more overhyped than me is you.”

He also established himself as a family man and reminded viewers of potentially Stewart’s best TV segment of all time, saying, “I’ve gotten cool points with my wife, who loves your show, and my four-year-old who remembers you from Elmopalooza.”

In Obama’s first appearance on the show after announcing his presidential run, Stewart read him some slanderous headlines, including one that read: “Angry Obama the Pothead is Not How They Remember Him on Hawaii.”

He also called out fellow Democratic candidate Hillary Clinton a “very capable senator” and admitted that “she was doing some heavy lifting on issues” during Bill Clinton’s presidency.

On this appearance, Obama displayed his oratory skills when Stewart gave him a task: to make anything, even the most mundane sentence, sound inspirational. He succeeded, inflecting the statement, “I’m calling to ask if you’re happy with your cellphone service,” with pathos.

His next appearance was in the midst of the 2010 midterm elections, after a tumultuous first 18 months in office.

Stewart expressed that he felt the legislation under the Obama administration was “timid at times.”

“Jon, I love your show. but this is something where I have a profound disagreement with you,” Obama replied, touting Obamacare as a crowing achievement of his presidency. “This notion that healthcare was timid—you’ve got 30 million people who are gonna get healthcare because of this.”

Coming off the heels of the second presidential debate against Mitt Romney, which many thought Obama blundered, the president set out to set the record straight.

He articulated his hope to close the Guantanamo Bay prison, which he vowed to do during his first campaign and has yet to be done. He blamed congressional stalemates for his inaction, saying that we “still haven’t gotten that through Congress.”

He also urged Americans to vote.

“The stakes on this could not be bigger,” he said. “There is no excuse not to vote. And I hope you vote for me.” 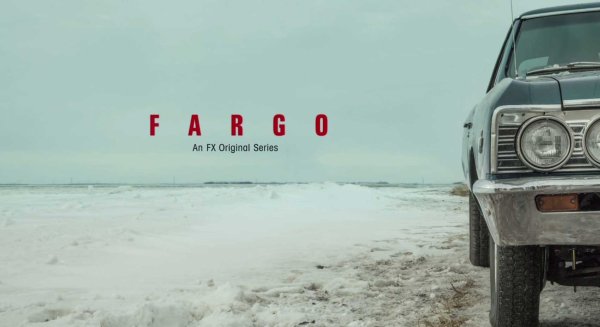 Watch the New Fargo Trailer
Next Up: Editor's Pick