Why We Still Need Fetal-Tissue Research

Two sting videos that claim to implicate Planned Parenthood in the illegal practice to selling fetal tissue for a profit prompted a Congressional investigation of the organization. But it doesn’t mean that research on fetal tissue is wrong. Or that it should be stopped.

The first video released in mid-July that was secretly made by the Center for Medical Progress, a group that includes well known anti-abortion activists, centered around one question: What happens to the fetuses that result from abortions performed at Planned Parenthood? A second surreptitiously filmed video by the same group was released Tuesday. Its central question: Whether Planned Parenthood profits from the sale of such tissue. (The group insists it does not.)

Fetal tissue is valuable for medical research; the National Institutes of Health spent $76 million on fetal research in 2014, and fetal tissue has contributed to vaccines for polio, rubella and chicken pox. While recent efforts to transplant fetal tissue to treat conditions like Parkinson’s haven’t been as consistently successful, it’s still critical to scientific progress.

In the video, Dr. Deborah Nucatola, senior director of medical services, notes that the fees Planned Parenthood charges are within laws that govern fetal tissue procurement; the fees cover the expenses of handling, storing and shipping the material, not for the material itself. But in calling for the Congressional investigation into Planned Parenthood’s practices, House Speaker John Boehner said: “When an organization monetizes an unborn child — and with the cavalier attitude portrayed in this horrific video — we must all act.”

But there’s a blurring of the ethical and political lines here that is both intentional — and intentionally misleading. It’s one that’s always shadowed anything involving fetal tissue in this country. Fetal tissue research was initially allowed under specific conditions and approval by a government Ethics Advisory Board (EAB). During the 1980s, however, as controversy over the source of the fetal tissue — mostly abortions, and primarily elective ones — became increasingly politicized, a moratorium was placed on fetal tissue studies, and the EAB was disbanded. The restriction was lifted in 1993, but the work continued to be a challenge.

The ethical and political conflicts erupted again in 1998, when researchers studying excess IVF embryos and fetuses from elective abortions made breakthroughs in understanding stem cells, the pre-cells of everything that develops in the human body. The promise represented by these stem cells, which because of their developmental potential can possibly be manipulated to replace diseased or ailing cells, raised anew the questions of whether studying tissues from unused embryos and aborted fetuses was ethically — and politically — acceptable.

The resulting debate hampered stem cell research in the U.S. for nearly a decade, after the George W. Bush Administration prevented federal research money from being used to study excess embryos that couples had donated after IVF. Researchers wanting to pursue this work had to find private funding or leave the country, which some did. President Obama lifted the restriction in 2009 — and now, the controversy has erupted again. And as in times past, science is getting muddied by politics.

“This video is primarily aimed not at fetal tissue research but at Planned Parenthood,” says David Magnus, director of the Stanford University Center for Biomedical Ethics. “I don’t think this is about the use of tissue that is already discarded. I think it’s about abortion itself. The fact that it’s not clear whether there is any actual problem in terms of [Planned Parenthood’s] behavior highlights the fact that this is politically motivated.” Several Republican presidential candidates have also criticized Planned Parenthood’s practices, invoking the organization’s “disregard for the culture of life” and it’s “penchant for profiting off the tragedy of a destroyed human life.”

There’s no evidence on the video that Planned Parenthood makes a profit from fetal tissue. Nucatola is recorded as saying the organization pays anywhere from $30 to $100 per specimen, and that those fees cover administrative and handling costs, not the cost of the tissue itself. (Those costs are far lower than what other companies that broker exchange of tissues from hospitals and abortion clinics to those who want to study them charge.)

Women who decide to have abortions are asked after they make their decision about whether they want to donate the fetus to research. But not every woman is even given the choice. Similar to marijuana laws, in which there is a disconnect between federal and state policies governing its legality, federal law allows donation of fetal tissue if there is no payment involved, and it doesn’t influence the woman’s decision to have an abortion, while state policies may differ.

“State and local policies, as best I can tell, are patchwork, and there is no consistency across states with regard to how [fetal] tissues are used, whether or not they are allowed to be used, etcetera,” says Debra Mathews, assistant director for science programs at the Berman Institute of Bioethics at Johns Hopkins University. According to the Guttmacher Institute, six states currently prohibit fetal tissue research on aborted fetuses; three states have introduced similar statues that were struck down. And adding to the confusion, some states prohibit experimentation on “live” fetuses, attempting to make distinctions between the state of the fetus following the procedure.

Such opaque policies, and the highly contentious nature of discussing anything involving fetuses, makes it nearly impossible to fully inform women and discuss their choices in an objective way. With embryonic stem cell research, which involves use of embryos that couples donate for research, Mathews notes that there were discussions about the ethical and moral questions involved. “I don’t know that we have had robust conversations about fetal tissue,” she says. “It’s very difficult to talk about. Abortion politics in this country make it very difficult to have discussions about the use of these tissues.”

And that’s led to a situation that’s far from open when it comes to the fate of fetal tissue from abortions. “There is important research, good research, involving fetal tissues,” says Mathews. “But we have not been transparent about it. In so far as this increases the transparency, and helps us to have a conversation about the research being done, and folks are following the rules that do exist, I think that’s important.”

That may be nearly impossible, however, if conservative politicians continue to corral abortion positions and fetal research positions into the same ethical pen. Magnus notes that those opposed to abortion can still support fetal tissue research, and that the two stances aren’t as mutually exclusive from an ethical perspective. “The analogy is often made of organ procurement. ‘I’m not in favor of car accidents or people shooting each other. But if tragedies happen, and somebody is shot or there is a car accident, then being able to have something good come out of that is seen largely as a good thing.’”

One question the Congressional investigation will consider is whether the decision to donate the tissue influences the way in which abortions are performed at Planned Parenthood — if it does, that too is unlawful. But it would only be unethical if it compromises the health of the woman in any way. In the video, Nucatola discusses the fact that the way the abortion is performed should be the same for every woman, regardless of whether she agreed to donate the fetal tissue or not. But she does admit that “some people will actually try to change the presentation [of the fetus]” and that “you’re just kind of cognizant of where you put your graspers, …we’ve been very good at getting heart, lung, liver, because we know that, so I’m not gonna crush that part…and I’m gonna see if I can get it all intact.”

Planned Parenthood’s president Cecile Richards issued an apology for the tone of the discussion, acknowledging that “This is unacceptable, and I personally apologize for the staff member’s tone and statements.”

But Richards defends the way that Planned Parenthood performs abortions as ethical and legal. “Our donation programs, like any other high-quality health care providers, follows all laws and ethical guidelines. [Women and families’] commitment to life-saving research, developing treatments for diseases like Parkinson’s and Alzheimer’s is important and compassionate. And it should be respected, not attacked,” she said in a video responding to the allegations.

But as long as the dialogue about the science and the medical potential of fetal research is entwined in the political debate over abortion, that respect — and the lives that can potentially be saved from these studies — will be hard to come by. 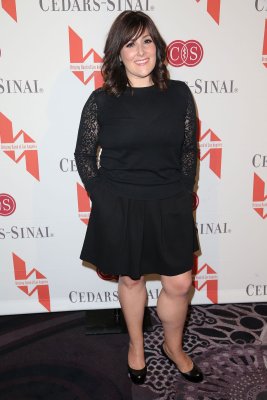 How Ricki Lake's Proposed Birth Control Documentary Is Anti-Woman
Next Up: Editor's Pick