There are things we do online that we simply don’t do in public, or in our “real lives.” We leave our credit card numbers at various online shops for easier check-out—but would we ever do such a thing in a real-world Wal-Mart or Bloomingdale’s? Comment sections online, on even the most innocuous of topics, often descend into anarchy as people say things to each other behind the safety of their keyboards that they would never say in person. Jimmy Kimmel has a recurring segment featuring celebrities reading mean tweets about them—comments that they would likely never hear in their day-to-day lives. People are bolder on the Internet.

Ashley Madison, a website designed to provide an online venue for those interested in cheating on their spouses, capitalizes on this online boldness. Now, the very thing that makes Ashley Madison so popular, its promise of online anonymity, could mark its demise. Hackers are threatening to leak names, addresses, photos, sexual fantasies, and other personal information of Ashley Madison users unless the site closes down and goes dark permanently.

Ashley Madison has always been very open about what it does. Launched in 2001, the website’s tagline is “Life is short. Have an affair,” and the front page of the site shows a beautiful woman, wedding band visible, her finger to her lips. And it’s a hit: The site has more than 30 million users around the world, and its parent company—which also owns other sites including Cougar Life, a site for older women seeking hook-ups with younger men—made more than $100 million in 2014, up 45% from 2013. You might not hit on your co-worker when looking to cheat because the risks are too high, but a website made for affair-seekers seems like a safe proposition.

The problem, of course, is that our Internet lives have very much become our “real lives.” Things you say online can, and do, haunt your offline world. Last month, evidence of a hack at the Office of Personnel Management in the highest echelon of our government exposed the sensitive personal information of 18 million people. On a smaller scale, I once Googled a recommended handyman and found he had made a string of vile comments on YouTube videos. He could be the greatest handyman in the world, but I certainly didn’t hire him. The book So You’ve Been Publicly Shamed by Jon Ronson collects examples of people who were fired or had their public image destroyed because of things they said online.

Hiding behind online profiles simply isn’t possible anymore. The anonymity of the early Internet is over. And while it may be possible that some Ashley Madison users just used the site to chat online, it’s likely that the majority were looking to meet people with whom to cheat offline, too.

Once the trust is broken with a personal site like Ashley Madison, it’s much harder to get back than when, say, credit card numbers are breached on Target.com or other shopping sites. The future of Ashley Madison, whether it succumbs to the threat or the likely harm caused to its business by just the idea of exposure risk, remains to be seen. But its members will likely never confuse the online space as a secure one again. 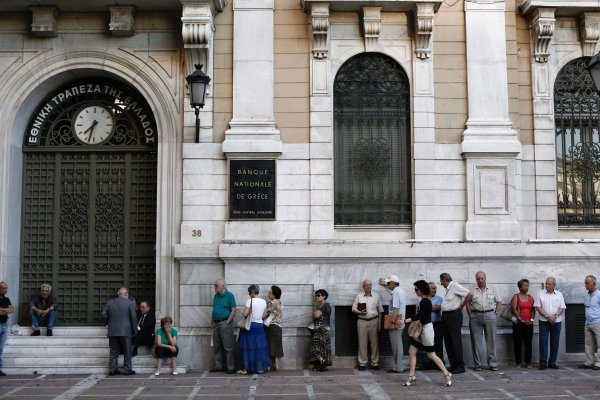 What America Should Learn From Greece
Next Up: Editor's Pick