"Boompa Loved His Hookers" -- Walden fears if he breaks up with Ms. McMartin, it will jeopardize his adoption of Louis.
CBS Photo Archive—CBS via Getty Images
By Erin Griffith / Fortune

Ashton Kutcher, Chris Sacca and Troy Carter will join Shark Tank in its next season as “guest sharks.” The season premieres on September 15. The guests will appear individually alongside Shark Tank’s regular investors, or “sharks,” who include Mark Cuban, Daymond John and Barbara Corcoran.

The ABC show, in its seventh season, features entrepreneurs pitching their products to a group of investors who negotiate the terms of their deals on the spot. It’s so popular it has spawned a spin-off called “Beyond the Shark Tank” and a food version called “Food Fortunes.”

Kutcher, a famous actor, has been an active investor in startups for a number of years, with an impressive record compared to many of his celebrity investing peers. He’s backed Airnbnb, Spotify, Uber, Flipboard, SoundCloud, Foursquare, Shazam and Houzz.

Carter is known for working as Lady Gaga’s manager. He now runs Atom Factory, an entertainment company with an investment arm, and has backed Uber, Spotify, DropBox and Warby Parker.

Sacca, who has backed Twitter, Instagram and Uber through his fund, Lowercase Capital, tells Fortune he’ll be investing his own money on the show. If his seed fund partner Matt Mazzeo wants to invest in a deal, he can step in and take the deal in the name of one of Lowercase’s funds. “That was the way I felt it was fairest for LPs,” Sacca says.

In a blog post, Sacca noted that he’s been skeptical of Shark Tank in the past. “It struck me as a dime-store version of my current job. A circus of kitchen gadgets and stocking stuffers optimized for infomercials,” he wrote. That changed after a series of meetings with the show’s producers and conversations with entrepreneurs and fellow investors who love the show.

So far, Sacca has backed two companies through Shark Tank. Valuations tend to be much less aggressive than in Silicon Valley, he says, so there is plenty of opportunity for a big return. He also says he’s encountered entrepreneurs from more diverse backgrounds than can easily be found in Silicon Valley and that the quality of the startups pitching their wares on Shark Tank has risen dramatically. Beyond that, the visibility of appearing on the show has become a “huge allure.”

Sacca is known for not mincing words on stage at conferences, on Twitter and on his blog. While he won’t be able to weave a tapestry of profanity as he does in this video on network TV, he did get into “a fair amount of trash-talking with a fellow Shark” on one episode, he wrote. “I have no doubt you’ll all bust my chops when when that one airs.” 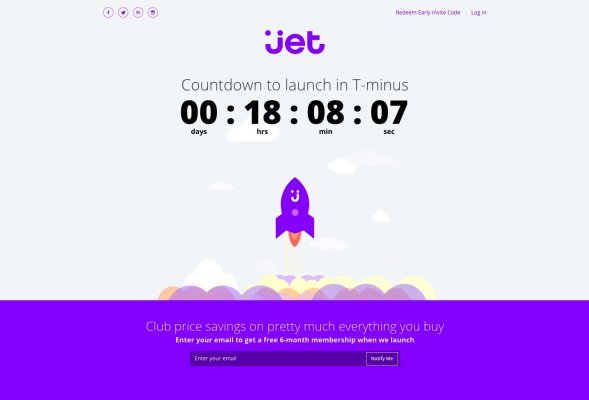 This Amazon Killer Is in Talks For a $3 Billion Valuation
Next Up: Editor's Pick