A Feb. 25,1955 view of the well-guarded Los Alamos, N.M. birthplace of the A-bomb and other thermonuclear weapons.
AP
By Lily Rothman

The first wartime deaths from nuclear weaponry were vast in number and world-changing in scope. The first peacetime deaths from that same technology were far quieter incidents, free of violence but still illustrative of the awful power of the bomb.

The physicist Louis Slotin was part of the team that figured out how much nuclear material (plutonium and uranium) would be needed for the bombs used at the end of World War II. And as Richard L. Miller explained in his 1986 book Under the Cloud, Slotin wanted to see his work through to the end by accompanying the pilots who dropped the bomb, but he wasn’t given permission. Frustrated, he decided to go on vacation instead and leave his young assistant, Harry Daghlian, to continue his experiments while he was away.

On Aug. 21, 1945, Daghlian was stacking tungsten carbide bricks as a reflector around a plutonium core, according to a Los Alamos report on nuclear accidents. The idea was that the tungsten would reflect neutrons, meaning that you’d need less plutonium to get a nuclear reaction going. Daghlian’s lab instruments showed him that the next tungsten brick he added to the stack would bring the experiment to a critical point (ie. the reaction would begin). He moved to take the brick away, but his hand slipped and it fell into the middle of the stack. Though he quickly took the assembly apart, it was too late.

According to the American Physical Society, Daghlian’s skin turned red and began to peel off as his gastrointestinal system started to fail. He died that September. In a cruel twist, the next person to be killed by peacetime atomic science, in a similar mishap the next year, was Louis Slotin.

After that death, TIME (misidentifying Slotin as “the first peacetime victim of nuclear fission”) explained the science behind such accidents:

Slotin suffered radiation burns while breaking apart the materials. According to a letter to the editor about that article, Slotin knew that he was sure to die within days but still returned to the lab to explain his work to the staff, “not wanting any knowledge to die with him.”

As for that staff, they had learned from the mistakes of those before them and established new safety protocols. 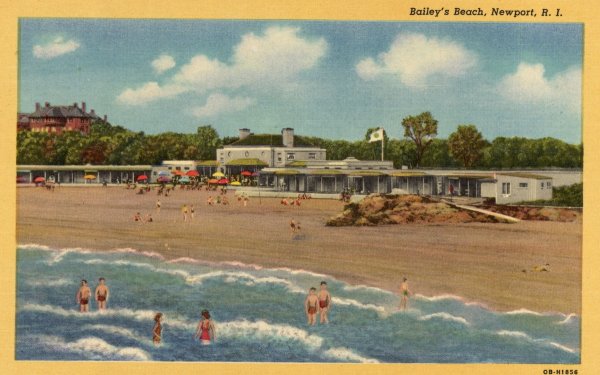 A Brief History of Summer Vacation
Next Up: Editor's Pick