Spotify Will Send You a Personalized Mixtape Every Week

With curation becoming an ever-more-important aspect of the music streaming wars, Spotify is adding a new feature to help its users find interesting, personalized playlists.

The company on Monday announced a new feature called “Discover Weekly,” which will serve users a two-hour-long playlist once a week based on their musical tastes. The list is populated based on a user’s listening habits, as well as the songs other users with similar taste are listening to or adding to their own playlists.

Spotify likens the selection of songs to “having your best friend make you a personalized mixtape every single week.” The first playlists should be available Monday.

The new feature is another maneuver to keep Spotify users from decamping for Apple Music, which is currently offering a three-month free trial to curious music listeners. One of Apple Music’s big pitches is a “For You” section that shows users playlists curated by experts based on their past listening habits. Spotify already has its own music discovery features, but they’re not as front-and-center as they are on Apple Music. 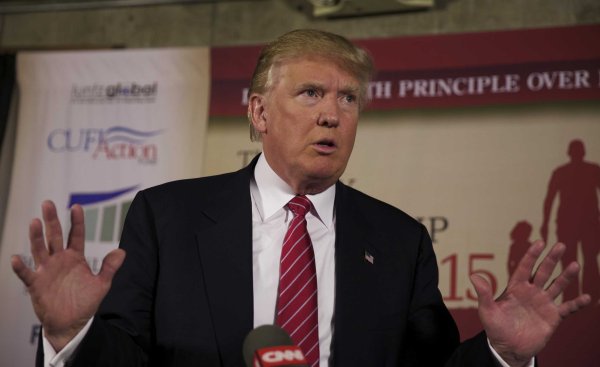 Like It or Not, Donald Trump Is News
Next Up: Editor's Pick