The Smithsonian Needs Your Help to Display Neil Armstrong's Spacesuit

The Smithsonian Institution launched its first-ever Kickstarter campaign on Monday to fund the conservation of the spacesuit Neil Armstrong wore when he stepped foot on the Moon in 1969.

The fully conserved suit is expected to be unveiled at the Smithsonian’s National Air and Space Museum on July 20, 2019, to celebrate the 50th anniversary of the historic Apollo 11 Moon landing. The spacesuits currently on display at the Washington, D.C., museum are only replicas of those worn during the Apollo 11 mission by Armstrong and fellow astronaut Buzz Aldrin, the second person to walk on the Moon.

“The complete suits aren’t on display — they’re not even in this building. They’ve been stored away in a special facility for their own protection,” said astronomer and science blogger Phil Plait in the Kickstarter campaign’s video. “The years have taken their toll on Neil’s suit, but now, the technology exists to bring it back to its former glory, digitize it and put it on exhibit.”

Since the Smithsonian’s federal funding covers only parts of the museum’s operating budgets and core functions, projects like Armstrong’s spacesuit conservation — nicknamed “Reboot the Suit” — require outside support, the museum says. The Kickstarter campaign aims to raise $500,000 within 30 days. As of Monday morning, the campaign to reboot Armstrong’s spacesuit had raised over $18,000 by 162 backers.

“It’s a national treasure,” said Lisa Young, objects conservator at the Smithsonian’s National Air and Space Museum. “If we don’t take time it preserve it, and look at it, and make sure it’s displayed correctly, we will not have it forever in the collection.” 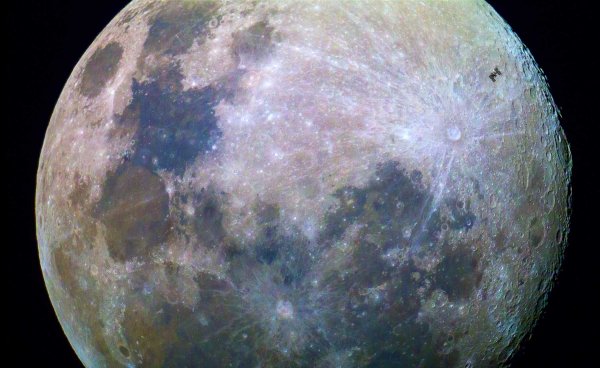 See an Extraordinary Photo of the International Space Station Passing Over the Moon
Next Up: Editor's Pick