Paypal Returns Today With a Market Cap Larger Than EBay

PayPal, the digital payment service that has been spun off from eBay, will begin trading today at a higher value than its parent company.

At $46.6 billion, PayPal would have a greater market capitalization than that of eBay, whose value will shrink to around $34 billion, according to data compiled by Bloomberg. PayPal will begin trading on the Nasdaq under the ticker “PYPL,” returning to its roots under the same ticker it had before it was acquired by eBay in 2002.

It’s a sure sign that investors are seeing growth potential in PayPal, a company that boasted 169 million users and processed $1.1 billion in payments in the second quarter, with transaction volume up 27% over the prior year, the company said recently. The increasing shift for shoppers toward payment channels such as mobile devices, as detailed in a PWC retail report, creates a prime environment for PayPal to thrive in: “Our strong results this quarter give us tremendous confidence that we are on the right path as we take the next steps in our journey,” said Dan Schulman, president and CEO designee of PayPal, in a statement.

This is markedly different from the trajectory of eBay, which saw transaction revenue decline by 2% over the past year. Last September, eBay announced plans to spin off PayPal after activist investor Carl Icahn called for such a move. While the decision allows each company to focus on their respective business, as detailed in our story on eBay, eBay will still need to find a growth strategy to appease investors.

“We need to see growth accelerate,” Kerry Rice, an analyst at Needham & Company, LLC in San Francisco, told Bloomberg. “However, I think it’s going to take approximately 18 months to see a meaningful impact to improve traffic and search on EBay.”

PayPal was established in 1998 and first went public in 2002. Later that year it became a subsidiary of eBay.

For more on the split, read For eBay, a new chapter begins. 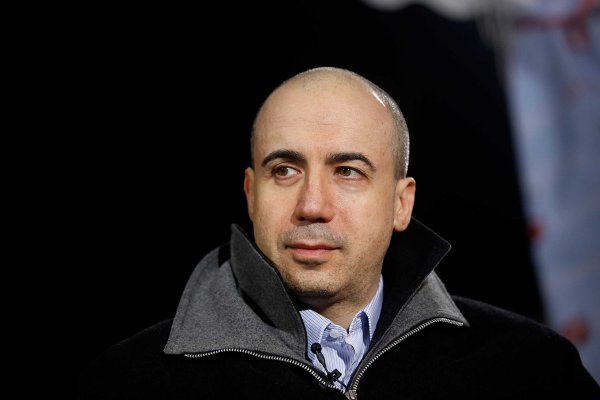 Russian Billionaire to Spend Big on Search for Aliens
Next Up: Editor's Pick