Yuri Milner: Why I Funded the Largest Search for Alien Intelligence Ever

On July 20, a consortium of scientists funded by billionaire investor Yuri Milner announced a $100 million project to answer one of the biggest questions in the universe: Is there intelligent life beyond our solar system? Milner, 53, a former scientist who was CEO of Russia’s largest Internet portal Mail.ru before making prescient investments in Facebook, Twitter and Alibaba, has focused his philanthropic efforts on science. The endowment—dubbed Breakthrough Listen—will fund telescope time in North America and Australia as well as data processing to look for radio signals in distant solar systems. Milner spoke to TIME about the announcements; what follows is a lightly edited transcript.

Q: You founded the Breakthrough Prize three years ago to recognize scientists in much the way the Oscars recognize Hollywood. The show also draws famous celebrity presenters like Benedict Cumberbatch. Why do this? Where does your interest in science come from?
A: In my previous life I was a physicist, maybe that explains my interest in science. I was named Yuri after Yuri Gagarin, the first human to journey into outer space. So I kind of carry this name, and I think, a mission to support science.

We don’t celebrate intellectual achievement. We celebrate athletic achievement. We celebrate artistic achievement. If you were to look at the 200 most famous people in the world, Stephen Hawking wouldn’t make the list—or maybe he’d be number 199 or something. With [Breakthrough], we’re making some progress on that. We don’t pay celebrities to come; they come because they want to. When we started it was the only black tie event in Silicon Valley. This year for the first time, it’ll be broadcast on a major network—Fox—and we’ll be televising it live.

Why focus on the question of life in the universe now?
We’re announcing on July 20, the anniversary of the Apollo Moon landings. I think interest in space is rising again after a long period of dormancy. Look at the excitement over Pluto, over possibly reaching Mars. This project is easy to explain. It’s high impact, low probability which is scientifically legitimate. And everyone in his life has thought about this question.

What are you looking for exactly?
An artificial signal not explainable by science.

MORE: What It’s Like to Spend an Entire Year in Space

SETI [search for extraterrestrial intelligence] has a long history. What’s changed?
In the 1960s, Frank Drake did pioneering SETI work and it was partially funded through the 1980s. But then the idea sort of faded away—except for the question of course. Today several things have changed that will allow us in one day to pull down as much data as we’re currently doing in a year.

We now know for a fact that there are candidates in the galaxy, a few billion. Telescope time used to be harder to get, but now there is an opportunity for private endeavors to buy telescope time. And finally Moore’s Law: we can design a backend infrastructure capable of processing huge amounts of data much faster than ever before. We want to marry the best of Silicon Valley’s capabilities with the best science can offer.

There’s a lot of space, to put it mildly. Even if we get a better look, what’s to say somebody is looking back at us?
There’s been a lot of very serious scientific work done on this and a lot of very interesting philosophical work. The thinking is if there is a civilization even a little more advance than us, they might be able to tell there is oxygen in our atmosphere and that we’re worth looking at. If they have something even as big as Arecibo [a radio telescope in Puerto Rico], and they point it at us they can communicate.

What do you think personally?
The universe is not teeming with life, but we’re probably not alone. If we were alone it would be such a waste of real estate. But I don’t want to be the judge, I just want to help find an answer.

You say this is an “open” project. What does that mean?
We’re making all the data open and available to scientists and amateurs alike. A lot of projects claim to be open but really aren’t. We will be totally open. There will be no need to apply and the data won’t be delivered in a manner so complex as to make it unintelligible. We’re also using the SETI infrastructure—a network of 9 million personal computers that forms one of the largest super computers in the world. Now they’ll have a lot more data to chew on. The more people participate, the better. I’m sure there will be plenty of false positives, but it’s worth it.

The funding will last for a decade. What if we haven’t found anything by then?
I’ll fund it for another 10 years. This thing can go on forever. It’s our responsibility as human beings to keep looking for a signal. 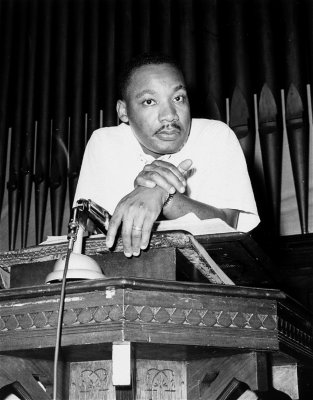