It’s been seven years since Paul McCartney and Heather Mills divorced, but it seems time hasn’t healed some wounds.

In an interview with the Guardian, Mills threw shade at the former Beatle, saying, “I don’t want to go into my second marriage too much because if you haven’t got something nice to say about someone you shouldn’t say anything at all, and it had a lot to do with the person I married.” She also opened up about the former couple’s daughter, Beatrice, and revealed who is overseeing the 11-year-old girl’s musical education: “I taught her the saxophone, because her father can’t read music so I do all the music teaching.”

Mills also noted that, “Beatrice hates fame and the whole limelight thing. She wants to be a marine biologist, not a pop star.” Ouch.

Though it seems it’s not all bad blood between the exes, as Mills does concede that Beatrice is “a brilliant poet so obviously gets that from [her father].” 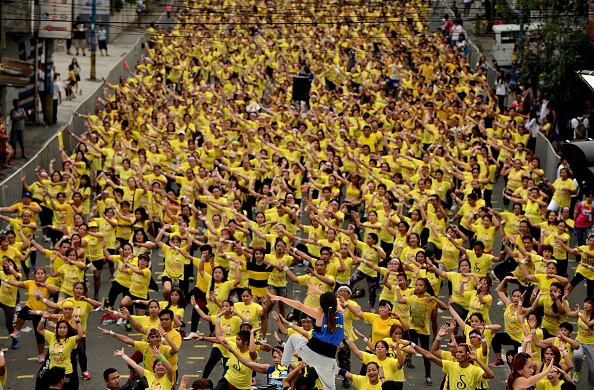 Watch 12,975 Dancing Filipinos Break the Record for the World's Largest Zumba Class
Next Up: Editor's Pick