The U.S. Has Won the International Math Olympiad for First Time in 21 Years

A team of top American math students defeated rivals from more than 100 countries at the International Mathematical Olympiad, held in Chiang Mai, Thailand, to bring home the first U.S. win since 1994, NPR reports.

The grueling competition, held over the course of 12 days, concluded last week. Competing teams had to work on three math problems each. That may not sound like much, but: “If you can even solve one question, you’re a bit of a genius,” Carnegie Mellon University professor and U.S. head coach Po-Shen Loh told NPR.

Loh said the Olympiad results were proof that top Americans can hold their own with representatives from other countries, despite rising alarm in recent years over perceived decreases in the quality of American math education. Still, he pointed to a persistent gender gap in mathematics as the true cause for concern.

“That is actually something that one hopes will change,” Loh told NPR, noting that there were just two girls in the U.S. team at this year’s Olympiad and adding: “One might say, ‘Only 2 out of 12, that’s terrible.’ But I should say in many years, it was, unfortunately, zero.” 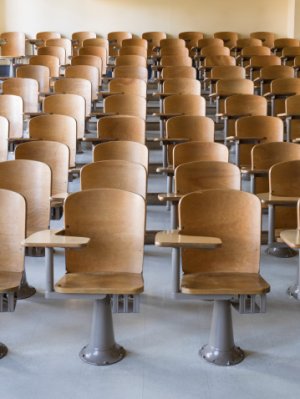 American Universities Are Failing at Ethics
Next Up: Editor's Pick