A delivery cart and cyclist ride past a building housing the Fengrui Law Firm in Beijing on July 17, 2015
Mark Schiefelbein—AP
By Rishi Iyengar

Concerns that several activists and human-rights lawyers detained by China may not be given a fair trial have mounted following the publication of their apparent confessions in Chinese state media on Sunday.

The state-run People’s Daily newspaper said Zhou Shifeng, director of the Beijing-based Fengrui Law Firm, which was the government’s primary target, admitted in custody that the firm was engaged in “criminal activities,” the South China Morning Post reported.

“I condoned and encouraged these unlawful activities … and these have an impact on social stability,” Zhou allegedly told his interrogators. “I have unshirkable responsibilities.”

Zhou is among 14 human-rights lawyers and advocates that remain in custody, after more than 200 were swept up in a sudden crackdown last week. Six others are missing.

The Chinese government accused the detainees of conspiring with “a major criminal gang” in order to “draw attention to sensitive cases, seriously disturbing social order.”

Editorials in various Chinese dailies slammed the “radical lawyers” on Monday; the People’s Daily said that “the confessions of several of the [lawyers] outline how they abused their influence to hype a legal case into a public or mass incident.”

However, legal analysts and experts said these confessions are often extracted under coercion and torture. William Nee, China researcher at Amnesty International, told the Post he was concerned the detainees had been forced to confess.

Whether forced or not, Nee added that the confessions, coupled with the Chinese media’s portrayal of the lawyers as criminals, “calls into question whether they can get fair trials.” 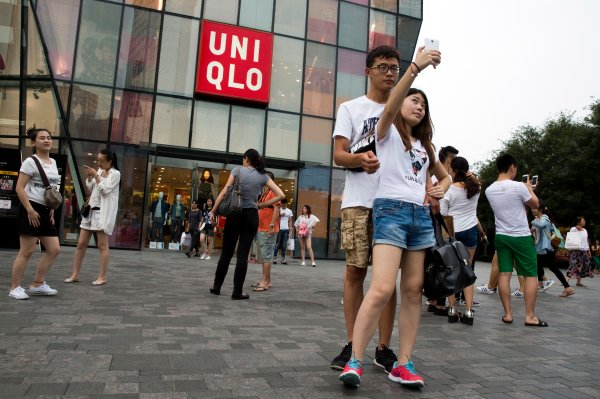 Beijing Arrests 5 for Uniqlo Sex Tape That Went Viral
Next Up: Editor's Pick