A Chinese couple take a selfie on July 16, 2015, outside the Uniqlo flagship store in Beijing, where a sex video purportedly taken inside one of its fitting rooms
Ng Han Guan—AP
By Alissa Greenberg

Five people have been arrested in connection with a video that went viral last week purportedly showing a couple having sex in a Beijing branch of the Uniqlo clothing store.

The couple in question were arrested shortly after the clip went viral on Chinese social-media platforms WeChat and Weibo, the BBC reports. It was not immediately clear who the other three individuals were or how they are allegedly connected to the case.

The Cyberspace Administration of China, which regulates the Chinese Internet, said in a statement that the footage was “severely against socialist core values.” Nevertheless, the area in front of the flagship store saw increased foot traffic throughout the week as young people jostled to take selfies in front of the now infamous site, CNN reports.

Along with tracking down those responsible, the ongoing police inquiry will also investigate unconfirmed allegations that the clip might have been a publicity stunt engineered by the Japanese company. If the video is found to have originated with Uniqlo, the firm could face a fine between 200,000 and 1 million yuan ($32,000 to $160,000) and have its business license revoked, the China Daily reports. Uniqlo has not commented. 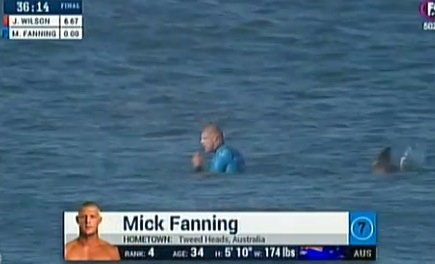 Watch a Surfing Champion Fend Off a Shark by Punching It
Next Up: Editor's Pick