Senator Elizabeth Warren listens to Janet Yellen's testimony during a Senate Banking, Housing, and Urban Affairs Committee during a hearing on The Semiannual Monetary Policy Report to the Congress.
Anadolu Agency—Getty Images
By Sam Frizell/Phoenix, Arizona

Massachusetts Sen. Elizabeth Warren drew a red line on Friday for 2016 presidential candidates, calling for them to commit to end the so-called “revolving door” between Wall Street and the Cabinet.

The firebrand populist said specifically that all the presidential candidates should support Wisconsin Sen. Tammy Baldwin’s bill introduced this week that would prohibit bonuses for Wall Street executives who take government jobs.

While the call to action was aimed at everyone running in 2016, its clearest target was Democratic frontrunner Hillary Clinton, who is courting the very types of progressive activists in the audience in both the primary and general election.

While Warren declined to run for president, her supporters give her credit for pushing Clinton to the left and setting the liberal standard on a host of issues.

Clinton has already gone at least part of the way to satisfying Warren’s demands. During a speech Monday on her vision for the American economy, Clinton called for greater regulation of financial institutions.

“I will appoint and empower regulators who understand that Too Big To Fail is still too big a problem,” Clinton said on Monday. She outlined plans to rein in Wall Street and “go beyond Dodd-Frank.”

Baldwin’s bill is aimed at addressing what progressives see as a profound governmental problem: that government finance appointees often have close ties to Wall Street. In her speech, Warren pointed out that three of the last four Treasury Secretaries, the vice chair of the Federal Reserve and other key government officials have had close ties with Citigroup, a major Wall Street bank.

Unhappy with President Obama’s less aggressive approach to Wall Street, the Democratic left has searched for a liberal champion who can address issues like income inequality and campaign finance reforms and found some of its voice in Warren, a former Harvard law professor and consumer protection advocate.

While Clinton has rhetorically embraced much of Warren’s logic, she has not gone as far as her fellow Democratic presidential candidates, Vermont Sen. Bernie Sanders and former Maryland Gov. Martin O’Malley.

O’Malley called earlier this month for appointing regulatory officials who had for at least three years not worked in the financial sector and would be willing to prosecute criminal financial cases, laying out a detailed plan to regulate Wall Street with much of the same language Warren has used.

In her speech Friday, Warren spoke about a surging progressive movement across the country, calling Washington, D.C., out of touch with the rest of America.

She ticked off a litany of issues that she said Americans are further to the left on than elected officials, including raising the minimum wage, reducing the cost of college, requiring paid sick leave, increasing social security benefits, and enacting campaign finance reform.

“I’m here to make an announcement to insider Washington: America is far more progressive than you are,” Warren said.

It’s a message Warren is counting on resonating in the 2016 election. Warren added that the economic crisis in 2008 would have been different if there had been left-leaning economists in high governmental positions instead of Wall Street alums.

“How would the world be different today if, when the economic crisis hit [in 2008], Joe Stiglitz had been Secretary of the Treasury?” Warren said. 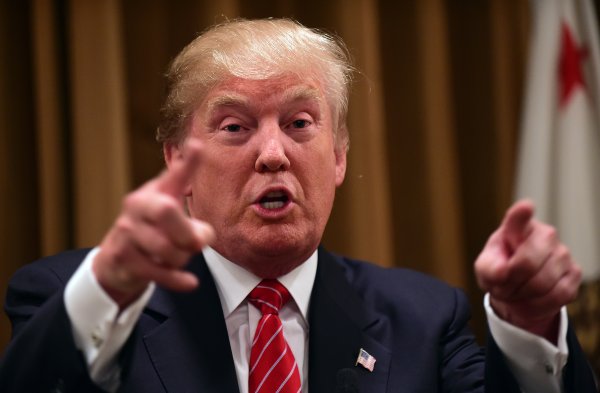 Donald Trump is Dominating Facebook Chatter in Iowa
Next Up: Editor's Pick