Pope Francis Reminds the World To Care About Poverty

Pope Francis greets the attendees of a conference as part of the II Meeting of People's Movements in Santa Cruz, Bolivia, on on July 9, 2015.
Amanecer Tedesqui/CON—Getty Images
Ideas
By Rev. Jesse Jackson Sr. and Grace Ji-Sun Kim
Jackson is a civil rights activist, and Kim is an associate professor of theology at Earlham School of Religion.

Jesus was born into poverty, he lived with people who were poor, and he was poor when he died. Sometimes it seems that the church has forgotten that.

Christianity seems to have become a religion of powerful white male leaders who are attentive to the interests of people who were financially rich. As a consequence, many Christians have lost sight of the gospel message that calls the followers of Jesus to have compassion for the poor, feed the hungry, clothe the naked, and stand with the sick. Pope Francis is reminding them and the people of the world to hear the voices of our brothers and sisters who are poor, sick, lost, marginalized, and disenfranchised.

During a recent eight-day visit to Ecuador, Bolivia, and Paraguay, the pope emphasized our connection to those living in poverty. He made it a priority to point out the evils of leaders who take too much at the expense of people living in impoverished conditions. Pope Francis said that the poor are being sacrificed at the “altar of money,” as the rich worship a “golden calf.” This sacrifice costs lives and drives more people into slums.

In Paraguay, the Pope visited the residents of a slum village and said they reminded him of the Holy Family: Mary, Joseph, and Jesus. This village has faced its share of difficulties, including floods caused by climate change, and economic hardship. The pope urged the poor to not let their struggles diminish their hope or their faith in God.

The pope’s words and actions pave the way for the Christian church to follow. In a world where leaders—Christian or not—fail to prioritize the plight of people who live in poverty, it is heartening to see the pope take a stand with the poor and against the evil uses of money. Leaders should not shy away from a critique of the evils of economic systems that favor the rich and oppress people living in poverty.

The pope has spoken against the colonialism that shattered the lives of Native Americans, apologizing for the actions of the church, which, in the name of God, supported efforts to conquer indigenous peoples and appropriate their land. Yet colonialism is not a thing of the past; it continues to emerge in new ways. Colonization is not limited to taking over land; it also occurs when large corporations and banks leave the people who are poor even poorer and further disadvantaged. The pope recognizes this new form of colonialism and is asking for change.

It takes all of us to change systems that impoverish our sisters and brothers. We are often confronted with such opportunities as we live in cities with homeless people, hungry people, and people without job opportunities or medical insurance. It is long overdue for us to act against poverty. We need to live out the gospel of Jesus.

One of the last initiatives that Dr. Martin Luther King Jr. organized was the Poor People’s Campaign in 1968. The campaign sought to address poverty and help all people gain access to the economic wealth of the U.S. It tried to live out the words of Jesus, “just as you did it to one of the least of these who are members of my family, you did it to me” (Matthew 25:40).

Jesus not only spoke these words, but he also lived them. The spirit of God’s love for people in poverty and the least of our sisters and brothers was embodied in the life of Jesus. There was absolutely no gap between what Jesus said and how Jesus lived. A devoted follower of Jesus, Pope Francis is proclaiming the word of God, living the word of God, and showing all of us how to do the same. As we hear the pope’s message and witness his life, we can either turn the other way and ignore his words and actions, or we can join him in the effort to embody the living word. The choice is ours. 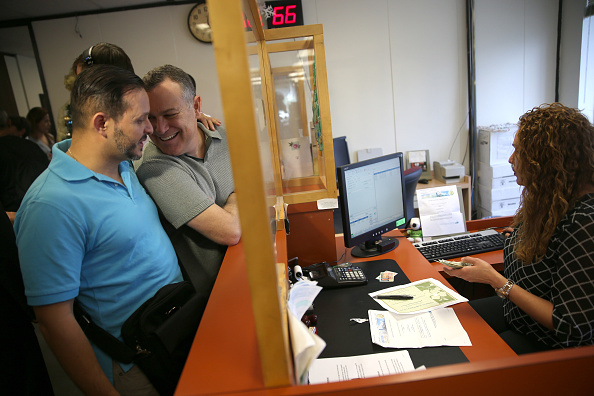 How Privatizing Marriage Would Be Disastrous
Next Up: Editor's Pick