Two days after NASA released its first images from the New Horizons spacecraft, a team of the organization’s experts revealed new details about Pluto’s surface and atmosphere, as well as new close-up images of the dwarf planet.

In addition to the mountain ranges unveiled on Wednesday, NASA also provided details on the plains of Pluto, including one region dubbed “Sputnik Planum,” a large, crater-free area that is likely no more than 100 million years old. Among the other distinguishing features of dwarf planet’s surface are hills, pitted surfaces, troughs and dark material within those troughs.

“Pluto is just as geographically active as any other place we’ve seen in the solar system,” said Randy Gladstone, New Horizons co-investigator at Southwest Research Institute in San Antonio. The experts also discussed the numerous craters on the planet’s surface, many of which have been partially destroyed, likely by erosion.

The scientists say that they will know much more about Pluto’s surface in a month or two, once further data has been processed and analyzed. 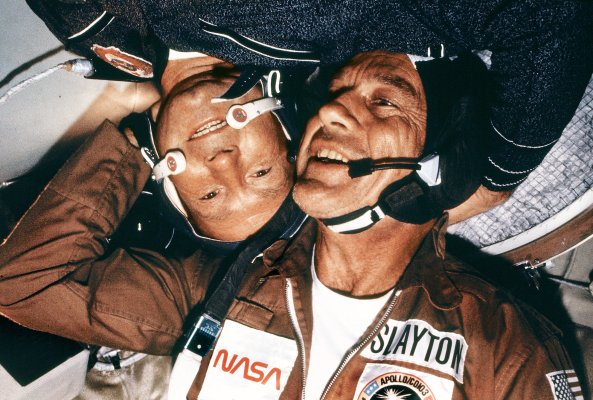 We Need More Handshakes in Space
Next Up: Editor's Pick