An artist's reconstructed impression of the new short-armed and winged feathered dinosaur Zhenyuanlong suni from the Early Cretaceous (ca. 125 million years ago) of China.
Chuang Zhao—Ministry of Land and Resources of China/AFP/Getty Images
By Sarah Begley

Scientists have found a new dinosaur that was large, winged and feathered—but probably unable to fly.

The creature, which measures 6 ft., 6 in. long, was well preserved in limestone in northeast China about 125 million years ago. It is an ancestor of the velociraptor, and is believed to be a precursor to the true bird, since this species was too large for its wings to support flight.

The dinosaur is called “Zhenyuanlong,” meaning Zhenyuan’s dragon, after the man who obtained the fossil for the museum that studied it. One researcher told the BBC that even though it is a dinosaur, its feathers mean it would have looked “exactly like a turkey or a vulture.” 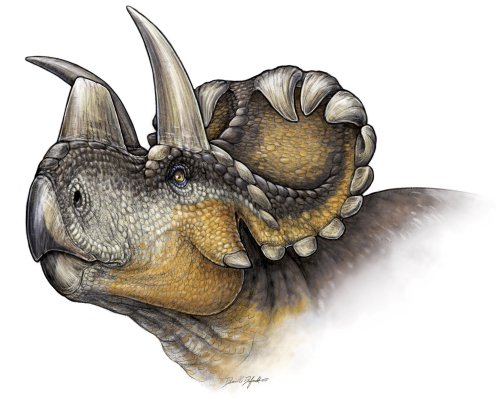 Scientists Discover a New Horned Dinosaur
Next Up: Editor's Pick