In total, five airports have closed because of ash spewing from Mount Raung on the main Java island and Mount Gamalama in eastern Indonesia, which erupted Thursday morning, reports the BBC.

The closures come as millions of people in the world’s most populous Muslim nation journey home for Eid al-Fitr celebrations, which mark the end of the holy month of Ramadan.

Thousands of people traveling to spend the holiday with their families are now left stranded at the airports.

On Thursday evening, officials closed the airports serving Surabaya and Malang in East Java province, and Ternate in North Maluku province. Two other airports — Banyuwangi and Jember — have remained closed since last week.

Over the past two weeks, an ash cloud spewing from Mount Raung caused serious travel disruption on the holiday island of Bali, forcing multiple airports to close and leaving thousands of tourists and locals stranded. Those airports have since reopened. 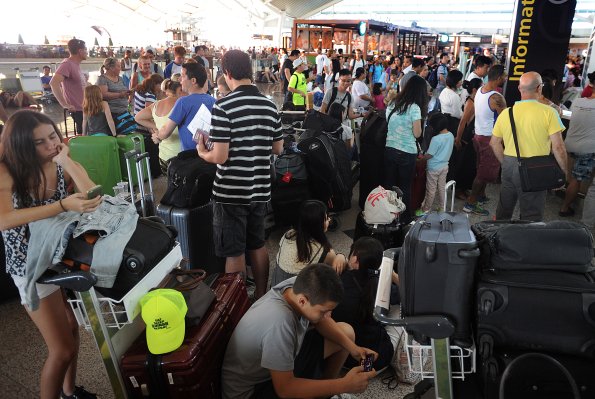