The World Marks the First Anniversary of the MH17 Aviation Disaster

Friday marks one year since Malaysia Airlines Flight 17 was shot down over conflict-torn eastern Ukraine, killing all 298 people on board.

The Boeing 777 was on route to Kuala Lumpur from Amsterdam when it crashed in pro-Russian rebel-held territory on July 17, 2014.

The Dutch Safety Board is due to release the final report into the cause of the crash in October, reports the BBC. It is widely believed by Kiev and Western nations that Russian-backed rebels shot down the plane. Moscow denies this and instead blames the Ukrainian military.

A criminal probe launched by a joint investigation team consisting of detectives from the Netherlands, Australia, Belgium, Malaysia and Ukraine is also ongoing.

A public memorial service was held in Australia’s capital, Canberra, on Friday and a permanent memorial plaque was unveiled to commemorate the 38 Australians who died.

“In the worst of times you have displayed the strength of giants and the grace of angels and I am humbled by you,” Australian Prime Minister Tony Abbott told the crowd, which included family members of those who perished. “We owe it to the dead to bring the guilty to justice.”

Memorial events are also being held in Ukraine as well as the Netherlands, from where 193 of the victims hailed.

In Kuala Lumpur, a service was held on July 11, a week before the anniversary as it would otherwise clash with the Eid al-Fitr festival, which marks the end of the Muslim holy month of Ramadan.

“The end goal is clear — to bring the perpetrators to justice, and ensure they pay for this unforgivable crime,” Malaysian Prime Minister Najib Razak said in a statement on the eve of the anniversary.

Malaysia is leading calls from several countries for a U.N. tribunal to prosecute those responsible for downing the flight. On Thursday, Russian President Vladimir Putin rejected establishing an international tribunal, saying it would be counterproductive.

Meanwhile, a new video obtained by News Corp. Australia purports to show the rebels filming themselves ransacking the luggage of passengers from MH17.

In the footage, men appear to believe they have come across the wreck of a Ukrainian fighter jet but minutes later realize the aircraft is a commercial liner.

Warning: The video contains graphic content that some viewers may find distressing 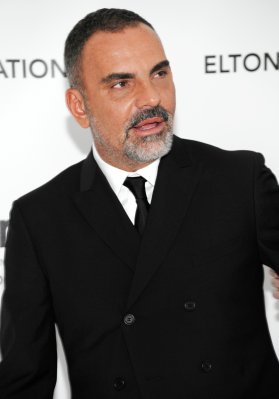