The Case for Allowing Transgender Athletes in Youth Sports

In a poignant speech at the ESPYs Wednesday, former Olympic athlete Caitlyn Jenner called for transgender youths to be “given the chance to play sports as who they really are.” That was not something that Jenner, who competed as a man, was able to do.

It was a high-profile moment that may help a broader movement to allow transgender athletes to compete on the teams where they feel most comfortable, a policy that has been pushed at the state level by proactive lawmakers, activists and students lobbying state athletic associations.

Transgender boy athletes—students assigned the female sex at birth who identify a male—don’t tend to cause as much of a stir as their counterparts. Critics often argue that transgender girl athletes might have unfair advantages because of the strength or height that comes with testosterone. But supporters say that’s not really relevant in youth sports. And they stress that the benefits to transgender youths struggling to find their place far outweigh concerns about a slightly taller-than-average girl on the volleyball team.

One of those youths is Mac, a 12-year-old in Washington state. Before and after coming out as transgender, he suffered through bullying, pushing and shoving and name-calling. Some of the bullies’ parents didn’t even make an effort to stop the behavior, his mother says. Mac’s transition hasn’t been easy on his family, including a father who was stationed abroad in the military when he found out, or two older sisters, one of whom said at one point she doesn’t “believe” in being transgender.

But both his family and school officials have supported him on the basketball court. When Mac wanted to play on his middle school boys’ team, school officials were thoughtful and accommodating, even though the state’s policy allowing transgender athletes to play on the team that aligns with their gender identity only officially applies to high school sports.

“You have to have an outlet. Mac’s outlet has been sports,” says his dad Joshua, “To let oneself go and let it out. Because on playing fields, basketball specifically, everybody’s equal and there’s no pointing and name-calling. It’s all about teamwork. And Mac’s embraced that.” His coach says that he’s sometimes a step behind the bigger kids, that he has to work harder than they work. “He always persevered. He never gave up, no matter if he was dead-beat tired. He’d still keep going,” she says. And she saw No. 23 getting camaraderie in return: “The whole family-feel, like, I’m in this with these guys. We’re in this together.”

Once Mac gets to high school, he’ll have to go through a “Gender Identity eligibility appeal process” set out by the Washington state athletic association if he wants to continue to play. That involves appearing at a hearing before a committee—which must include a mental health professional—to prove with sworn statements that he “has a consistent gender identity different than the gender listed on [his] school registration records.” The committee will decide if he gets to play, though he can appeal if they don’t come down on his side.

Many states still don’t have policies, but at least a dozen others have some process on the books. In Colorado, for example, a student doesn’t have to sit through a hearing but is advised to submit documentation so the school can “render a decision,” like written statements from parents or friends or evidence of hormone therapy. In California, the language of a law passed in 2013 suggests the student need only say what their gender identity is and which team they want to play on, an approach that has drawn controversy. (Conservatives who believed this would give boys’ license to sneak into girls’ locker rooms tried and failed to repeal the law that makes this the policy for all K-12 students in the state.) In New Mexico this week, a transgender student was told she could not play on the girls’ volleyball team because her birth certificate says she is male.

Opponents also sometimes voice fears that more lenient policies will be abused. In a speech earlier this year, Republican presidential candidate Mike Huckabee argued that the country was “forcing little children to be a part of this social experiment.” He added, in a mocking tone: “I wish that someone told me that when I was in high school that I could have felt like a woman when it came time to take showers in P.E. I’m pretty sure that I would have found my feminine side and said, ‘Coach, I think I’d rather shower with the girls today.'”

Despite these claims, there has been no evidence of foul play in locker rooms or bathrooms in the school districts that have had such policies on the books for years. And, on the other hand, there are abundant stories to be heard from transgender adults about they often found it traumatizing to be forced into the girls’ line when they felt they belonged in the boys or pushed down the pink-toy aisle when all they wanted was a truck. Affirming students identity by allowing them to play on the team where they feel they belong, experts say, can be one of the earliest feelings of acceptance they get as “one of the boys” or “one of the girls.”

When it comes to the competition question, experts say the Olympics and ninth-grade basketball need to be considered separately. Such levels of competition can hardly be compared in terms of demands, what a win means, what people are getting out of it, or how much a small advantage or disadvantage matters. At elite levels, officials may need to set out strict rules to account for genetic or hormonal advantages.

But Nancy Hogshead-Makar, a former Olympic swimmer who leads Champion Women, an advocacy organization for girls and women in sports, says the debate over hormones misses the point when it comes to kids. “We have tons of research that looks at what the benefits of sports are, and what we find is for both boys and girls, that it provides this lifetime of benefits,” she says. “They’re going to be more likely to employed full-time. They’re much more likely to be in STEM activities. And the health benefits are enormous and not just for this person, but when you think about big-picture society. Sports are a social good and we need to make sure there’s inclusion.”

Hogshead-Makar argues that it simply isn’t a material consideration—especially given the natural variety in height that males and females can have. “High school sports are high school sports,” she says. “What you want is as many kids as possible to be doing this endeavor. … It’s like math class. This offers too many benefits to keep people out.”

The first openly transgender NCAA Division I athlete, Kye Allums, played on the women’s basketball team at George Washington University after coming out as a transgender man. He argues that being athlete transcends gender. “Strength is not a measure of hormones or testosterone. A lot of the strength comes from your heart and what you work for,” he says. “Sports is about winning. It’s about competing. It’s about respect. It’s about heart. It’s about teamwork. And it’s about playing the came. It’s not about what’s underneath your jersey.” 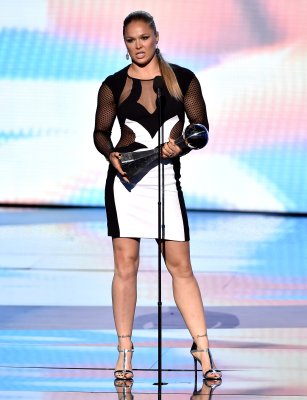