A Vintage/Anchor Books edition of "Lolita"
AP
By Lily Rothman

By the time Vladimir Nabokov’s Lolita was published in the United States on this day, Aug. 18, in 1958, the book wasn’t exactly new. As TIME reported in a long review of the work upon its American release, Nabokov had come to the U.S. during World War II with “intellectual luggage [that] included fragments of a book that later, published in Paris in 1955, became a must item of the contraband spice trade in which Henry Miller’s Tropics have bulked large.”

But the fact that it had been read, dissected and debated didn’t stop it from making a splash. That much was clear from the review:

Lolita, the critic concluded, wasn’t merely a book worthy of publication despite its subject matter—it was a work of literature with something to teach the world.

Nabokov himself, TIME added, had only a “writer’s interest in nymphets.” It was a different part of the Lolita plot that he had a real personal interest in: the journey from motel to motel. “I love motels,” he told the magazine. “I would like to have a chain of motels—made of marble. I would put one every ten minutes along the highway, and I would travel from one to another with my butterfly net.”

Read the full review here, in the TIME Vault: To the End of Night

For your security, we've sent a confirmation email to the address you entered. Click the link to confirm your subscription and begin receiving our newsletters. If you don't get the confirmation within 10 minutes, please check your spam folder.
Most Popular on TIME
1
Could Amsterdam's New Economic Theory Replace Capitalism?
2
Bernie Sanders Mittens Memes Take Over Social Media
3
What the Inauguration Fashion Meant to Its Creators 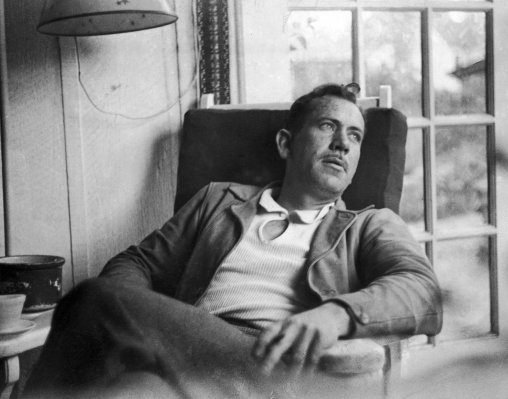 The Nobel Prize in Literature: Portraits of Legendary Laureates
Next Up: Editor's Pick