Hillary Clinton announced on Thursday the details of a corporate profit-sharing proposal, part of the slow drip of policy plans the Democratic frontrunner will unveil as part of her plan to boost middle-class incomes.

Under Clinton’s plan, companies that share their profits with employees would receive a two-year tax credit from the federal government with the goal of boosting employee wages and incentivizing workers.

In a speech at the progressive New School in New York previewing the plan, she called it a “win-win” for workers.

“Studies show profit–sharing that gives everyone a stake in a company’s success can boost productivity and put money directly into employees’ pockets,” Clinton said. “That’s good for workers and good for business.”

Companies would get a tax credit of 15% of profit-sharing distributions or greater, and profit-sharing would be capped at 10% of an employee’s wages, the campaign explained in a fact-sheet Thursday. The campaign said the cost to the government would be between $10-$20 billion over 10 years, a budget hole that would be “fully paid for through the closure of tax loopholes.” She did not outline which loopholes she would close Thursday.

Under the plan, the campaign said, an employee earning $50,000 per year could receive $5,000 in shared profits. The company would then receive a $750 tax credit for that worker. The profit-sharing proposal would be targeted at middle- and low-income workers and phase out for higher earners.

Called Rising Incomes, Sharing Profits, the tax credit is also designed to help grow the economy and worker pay, which Clinton has defined as the key goal of her presidency. The plan would also make employees more invested in the company’s success, her campaign said.

“We must raise incomes for hard-working Americans so they can afford a middle-class life,” said Clinton on Monday. “We must drive strong and steady income growth that lifts up families and lifts up our country.”

Over the past month, Clinton has unveiled a series of finely detailed policy proposals, the product of what the campaign says are three- to four-hour meetings with policy advisors and staff. She has also called for a youth apprenticeship program to reduce unemployment and a plan she says would stop for-profit colleges from targeting veterans.

So far, some of Clinton’s plans have not had the grand sweep that some of her competitors for the Democratic nomination have. Vermont Sen. Bernie Sanders has called for free tuition at public universities and single-payer healthcare system, while former Maryland Gov. Martin O’Malley has called for 100% clean energy in the United States by 2050.

Aides believe her proposals have a good chance of being implemented in a divided Congress and will lead to boosting middle class wages and reducing income inequality. 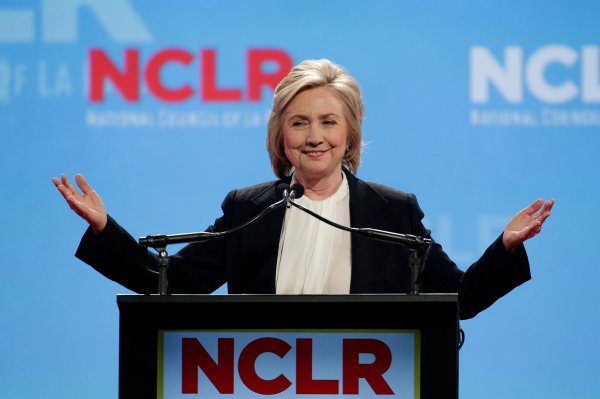