Starbucks’ campaign earlier this year to get baristas to write “Race Together” on customers’ cups was an utter failure, but the sentiment of the campaign—to address racial tension and inequality—is still a priority at the coffee company.

On Thursday, Starbucks formally announced the opening of 15 new stores in low to middle income urban communities, namely the Englewood neighborhood on Chicago’s south side, Ferguson, Mo., the Jamaica neighborhood in Queens, N.Y., and Milwaukee, Wis. The first of the stores will open in 2016.

In April, Fortune broke news of Starbucks’ planned Ferguson location. The suburb of St. Louis is where protestors clashed with police officers after the shooting death of 18-year-old Michael Brown, an unarmed black man, by a white cop.

Starbucks said in a release on Thursday that each new store will hire between 20 and 25 employees on average from the local community. That employment, the company says, will provide “a new pathway to opportunity through training and development, meaningful career options and industry-leading benefits.” Most notably, employees will be eligible for a tuition-free bachelor’s degree through Starbucks’ partnership with Arizona State University.

Earlier this week, the company announced that it was spearheading an initiative to hire 100,000 young people over the next three years in an effort to make a dent in the stubbornly high unemployment rate for America’s youngest potential employees. In total, there are 5.6 million people between the ages of 16 to 24 who are out of school and not working, Starbucks said. 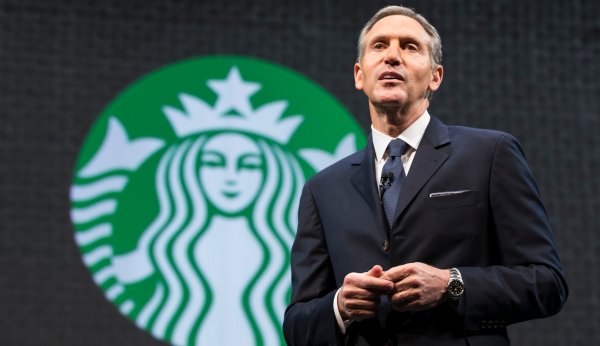