An Egyptian navy vessel hoses down another, which caught fire on the Mediterranean Sea after an exchange of gunshots with militants on July 16, 2015.
Eyad Baba—AP
By Naina Bajekal

The Islamic State of Iraq and Greater Syria (ISIS) has claimed its first naval attack on an Egyptian frigate in the Mediterranean, according to reports Thursday from SITE Intel Group. The Sinai branch of ISIS said they destroyed the naval ship with a guided missile.

The Egyptian military said in an early statement that a navy vessel had caught fire just off the coast of Sinai following a clash with militants. In a Facebook post, military spokesman Brig. Gen. Mohammed Samir said there were no fatalities among the vessel’s crew in the shootout with “terrorists.”

However, photos posted by ISIS on Twitter appear to show the frigate being hit by a rocket.

Egypt’s ISIS affiliate killed at least 17 soldiers in a July 1 attack in the Sinai peninsula. The same group attempted to attack a military post on a highway between Cairo and Suezon Wednesday. ISIS said via Twitter it succeeded in killing several soldiers but Egypt’s military denied the claim, saying it foiled the attack.

Last week ISIS claimed a bomb attack in front of Cairo’s Italian consulate that killed one person. Militant violence has surged in Egypt since the army overthrew Islamist President Mohamed Morsi in 2013. 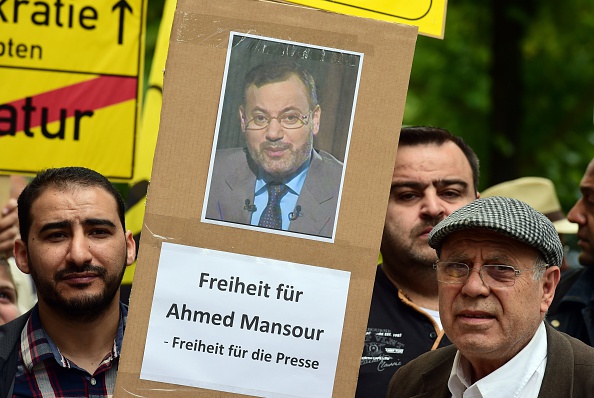 Senior al-Jazeera Reporter Detained in Germany
Next Up: Editor's Pick