What drives “normal” people to loot, fight and even kill in the name of their favorite team? ESPN producer Justine Gubar spent years trying to find out, interviewing experts and researching some of the sports world’s deadliest protests and celebrations. Her conclusion: it’s a potent mix of alcohol (which flows freely at stadiums), adrenaline (after watching violent combat), perceived anonymity (it’s easy to blend into a crowd wearing the same team jerseys) and psychology (studies suggest fans who commit riotous acts are more likely to have rooted their identities in their sports teams). The simplest trigger, however, might be loyalty. After all, the term fan derives from the Latin fanaticus, denoting deep religious devotion. 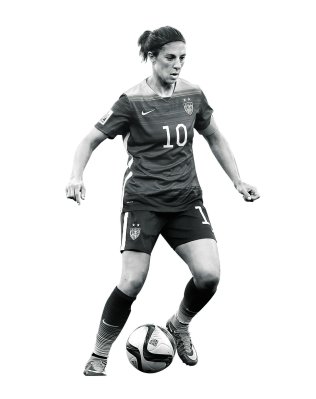 10 Questions with Carli Lloyd
Next Up: Editor's Pick