I'll Never Bake Pies, and Other Life Lessons From a Renovation

I used to think that to really know myself as a mother and human being, I’d have to go on one of those wilderness retreats where you learn to make fire with a rock and trust other people not to let go of the rope. Or maybe there’d be a natural disaster and I’d find out that I’m more courageous and in far better shape than I thought.

It turns out, all I had to do to get a tour of my soul was strip my kitchen down to the studs and empty its contents onto my living-room floor. One minute, all my idiosyncratic possessions were safely out of sight, and the next, my whole life from college through working motherhood was laid out like a personal anthropological dig, from wedding china to aspirational appliances. And every bit of it is evidence of my many attempts to find the tools that would make me a better hostess, a proper wife and a great mother.

So what does it say about me that I have three unopened packages of pumpkin-carving tools and 27 pieces of orphan Tupperware? And how about the realization that I have never made a single smoothie, nor have I pureed anything in my life, yet I’ve kept a totally unused Cuisinart for 15 years because I am unable to give up on the idea that I’ll become the kind of mom who makes things that require a Cuisinart? It says a lot, actually. Because we are what we choose to save, or can’t bear to throw away, either for nostalgia’s sake or because we’re holding out hope that some better version of ourselves will actually use those things–that we’ll finally be the kind of mom who carves pumpkins and uses their contents to make pie.

I’m not sure why so many of us care so much about mastering these old-school feminine skills. After all, most of us work, and many of us have husbands who are more than willing to step up. But the terrible secret of modern womanhood is that we still judge ourselves on domesticity. Somehow, no matter what we accomplish outside the house, our internal report card still has a kitchen grade. Sure, it’s popular to joke that you’re a terrible cook or you’re lousy at shopping for school lunches, but to be actively uninterested is possibly more guilt-inducing for my generation than for my mother’s. We work so much, it can feel as if we have more to make up for.

Alas, I don’t think millennials or my teenage daughters are going to escape these expectations. There’s a wave of actors like Gwyneth Paltrow and Blake Lively peddling lady-lifestyle websites who won’t let them. If they have their way, my grandchildren will be contemplating the merits of hand-carved salt dishes and spiritual exercise routines.

Of course, most of these new domestic-diva sites are really about looking and longing–like the shoes in Vogue. But the idea that ideally we should be able to bring home the locally sourced bacon, fry it up in the artisanal pan and never, never let your co-parent forget he’s a man still seeps into our collective consciousness. And so if you are, like me, too exhausted by Thursday night to do more than open up a jar of spaghetti sauce, it’s hard to feel like you measure up.

But let me not disenfranchise all the women who are good at this stuff and love it. (You know who you are.) I have friends who find baking relaxing. I hope they’ll teach my daughters how to make a decent piecrust. I worry that they’ve grown up thinking “home cooked” means reheated takeout. My culinary tips have mostly been about choosing perfect bagels and other brunch foods. (I’ve also taught them never to use the word utilize because it’s pretentious and most of the time a simple use will do. But that won’t help them much with dinner.)

However, after surveying 20 years of kitchenware I do have a few domestic lessons to pass on: 1) The things that you love most break first. This is because you use them a lot. So if you wind up with mostly ugly plates and oddly shaped glasses that are hard to wash, don’t be hard on yourself. 2) Even if you get divorced and split up the wedding gifts, you can still end up with two fondue sets, three French-press coffeemakers and more gravy boats than any reasonable person could use. 3) It’s nearly impossible to throw away the last sippy cup. 4) If your aunt leaves you a notebook in which she recorded all her dinner parties, noting each course, the wine and who attended, keep it. Someday, you might really want to know what one drinks with stuffed quail. 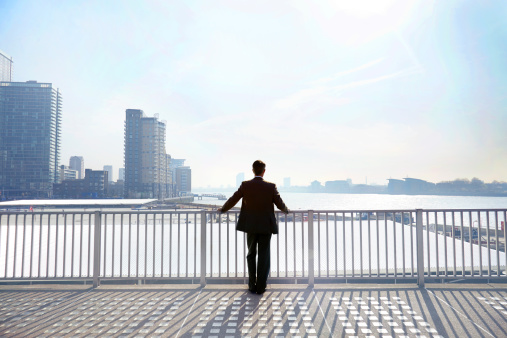 The Most Effective Way To Change Your Behavior and Improve Your Life
Next Up: Editor's Pick