No, China Is Not in an Economic Meltdown

Recent media coverage of wild price swings on China’s benchmark Shanghai Composite got one major thing wrong: treating China’s stock market as if it operated like markets in the West. It doesn’t, and won’t anytime soon.

Although the volatility in Shanghai will likely continue, the market isn’t headed for an October 1929–scale meltdown. China’s government has tools it can use to protect the market that Washington doesn’t have to boost Wall Street. Beijing can use state-run media, for instance, to signal that the market won’t be allowed to fall indefinitely. It can push high-profile brokers to buy billions in shares, order state-owned pension funds to hold their market positions and put a freeze on initial public offerings to keep money from moving out of existing stocks into new ones. It can also decree that no one who owns more than 5% of a company is allowed to sell. The Chinese government has in fact already done all these things and has other tools–effective, if far from perfect–if it needs them.

In truth, the performance of China’s immature stock market tells us much less about the state of the real economy in the country than the S&P 500 reveals about the state of economic conditions in the U.S. When the Shanghai Composite climbed 150% in less than 11 months from July 15, 2014, to June 11, 2015, we didn’t see any corresponding surge in economic activity across China. Nor did we see a freeze in China’s broader economy as the market fell 31.5% in the three weeks from June 12 to July 8. These swings reflect not underlying economic weakness in China but the role that short-term speculating plays in its stock market.

Recent volatility, even if it worsens, will not halt the country’s broader financial-sector reform effort. The Chinese leadership has spent the past three years building internal support for its economic agenda and is unlikely to back off now.

Although the stock market’s recent thrill ride caused little lasting damage, Beijing faces genuine longer-term risks. It must do more to ensure that banks extend loans and credit more efficiently. It also wants equity markets like the Shanghai Composite to generate finance for Chinese companies and rising living standards for ordinary citizens, and that can happen only if the state stops intervening so directly in market operations. The larger question is whether China can continue to slow its economy at a manageable pace–and that’s not one that can be answered by watching the rise and fall of China’s stock prices.

Bremmer is the president of Eurasia Group, a political-risk consultancy 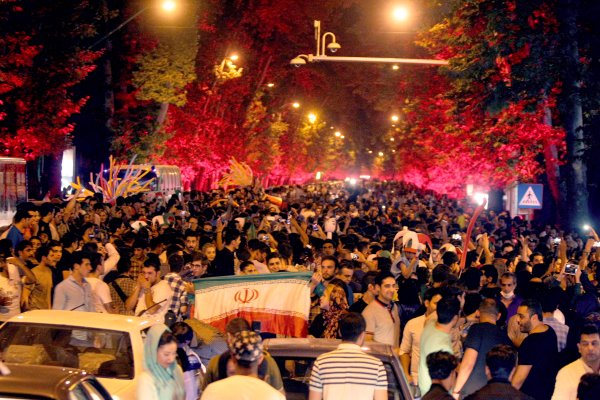