Once a week, Emily Noren strips naked, squishes in earplugs and slips into a pitch-black chamber, where she floats in saltwater that’s the exact temperature of her skin. For 90 minutes, she sees nothing and hears only her breath.

To many, this may sound like a recipe for panic. But to Noren, 29, and others like her seeking relief from everything from eating disorders to job burnout, it’s the direct opposite.

In recent years, float therapy–once dismissed as a psychedelic thrill for LSD poppers–has emerged as a potential treatment for stress-based mental conditions. Proponents in the scientific community view it as a shortcut to meditation, a way for people to reach deeply relaxed states without even trying. “Instead of sensory deprivation, float therapy is a form of sensory enhancement,” says clinical neuropsychologist Justin Feinstein, director of the Float Clinic and Research Center at the Laureate Institute for Brain Research in Tulsa, Okla.

It’s bubbling into the mainstream as well. In 2011 there were an estimated 85 float centers in the U.S. Now, with the rising popularity of mindfulness, there are 271. (There’s even an annual float conference in Portland, Ore.)

Data based on more than a dozen studies published in peer-reviewed journals suggest that in healthy people, float therapy can be an effective relaxation technique. It has been shown to reduce blood pressure and levels of the stress hormone cortisol. What’s yet to be determined is whether people who have psychiatric disorders, like depression, could gain therapeutic benefits from floating.

But researchers are actively seeking answers. One study published in the International Journal of Stress Management found that for a group of people with stress-related pain, flotation helped decrease anxiety and depression. Next year Feinstein plans to scan the brains of people with conditions like PTSD before and after they float. He expects to see a drop in activity in the brain areas that correlate with anxiety, which could bolster floating’s potential as a helpful treatment technique.

“We need more researchers to investigate this,” Feinstein says. “I think this could be a very powerful tool.” 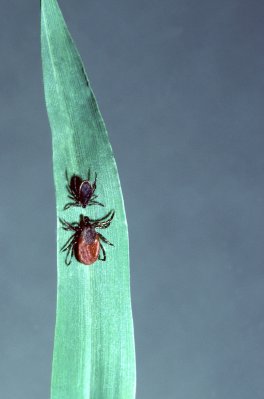 Lyme Disease Has Surged 320% in America
Next Up: Editor's Pick