Pakistan is claiming that it shot down a drone belonging to India on Wednesday that, it says, was being used to conduct aerial photography and surveillance near the border between the two countries.

India’s envoy to Islamabad has been summoned by the Pakistan government over the incident while the Indian army and air force both denied any of their drones was unaccounted for, the BBC reports.

The “spy drone,” according to a statement from the Pakistani army, strayed over the border into the Pakistan-occupied section of Kashmir — the heavily disputed territory that both countries lay claim to.

“Some reports of a drone crash in PoK [Pakistan-occupied Kashmir] are being referred to. No drone or UAV [unmanned aerial vehicle] crash of the Indian Army has taken place,” an Indian army spokesman countered.

Wednesday also marked the latest in a long line of violent incidents on the border, with the Press Trust of India reporting that India lodged a formal protest following an alleged ceasefire violation by Pakistan’s security forces that killed a woman and injured several others. Pakistan’s Inter-Services Public Relations (ISPR), meanwhile, issued a statement saying India’s Border Security Force (BSF) killed four civilians in unprovoked firing on Thursday, according to Pakistani newspaper Dawn.

The ceasefire agreement — in force since 2003 — is frequently breached by troops manning both sides of the border, with each blaming the other for initiating the violence. 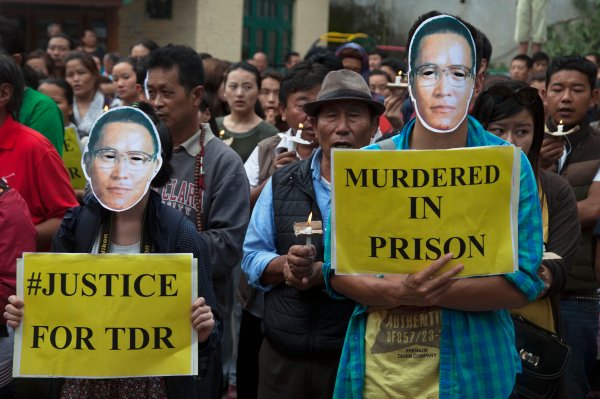 China Cremates Tibetan Monk Who Died in Custody
Next Up: Editor's Pick