Kanye West will perform at the closing ceremonies of the Pan Am Games, despite the ire of Canadian tweeters.

This year’s games are being held in Toronto, Canada’s most populous city.

As soon as organizers announced on Wednesday that Kanye will headline the July 26 closing ceremonies at the Rogers Centre, social media erupted with posts calling for them to reconsider.

A petition has even been launched on Change.org calling for organizers to replace the rapper with a Canadian artist.

Some Torontonians are perfectly happy with Kanye, though.

Others brought up an entirely new point — why are Canadians protesting Kanye when Pitbull is also on the bill? 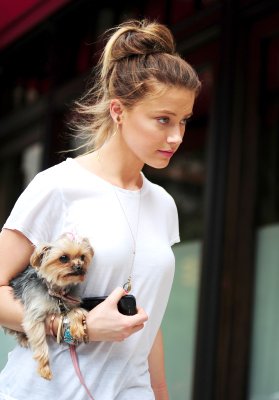 Amber Heard Charged Over Bringing Dogs to Australia
Next Up: Editor's Pick